„Magnetic is extremely grateful to Austrian Airlines for the trust company has shown towards MMRO throughout the years, including in 2013 when Magnetic just launched C-Check capabilities and maintenance on A320 family. We were not that experienced at the time on this type checks; however, Austrian Airlines showed confidence in us and continue to do so," expressed Sergei Shkolnik, Base Maintenance Director at Magnetic MRO. 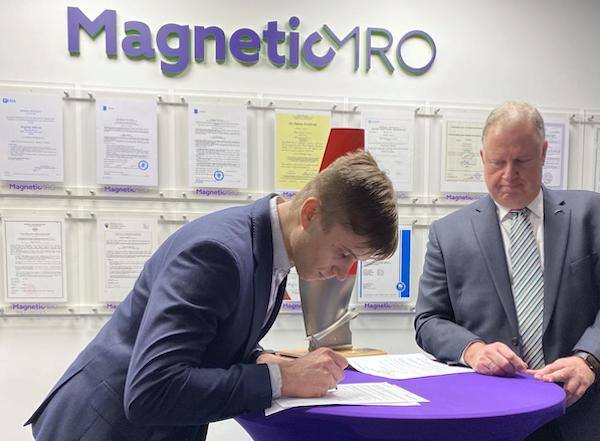 „We are very excited to continue our strong partnership with Magnetic MRO. Austrian Airlines and Magnetic MRO have established a long-term cooperation. Just recently our aircraft no. 60 was released to leave the hangar in Tallinn, after being serviced with the highest quality and safety standards”, explains Michael Kaye, Vice President Technical Operations at Austrian Airlines.

According to Mr Shkolnik, Austrian Airlines fleet is quite matured, and aircraft require considerable maintenance efforts. In addition, Austrian Airlines applies the highest standards both to the overall technical state of its fleet and special attention to the cabin standard. As Magnetic's Base Maintenance director states, these specifications of the fleet and high requirements from the client are the main challenges, however, Magnetic is persistent on maintaining the higher service standard than the industry average and in the meantime is still able to provide competitive prices and turn-around-times.