There is no denying that private jets are an exquisite asset that most of the time can be obtained only by the most prominent figures. In the public’s eyes, a delightfully equipped Gulfstream G650 or any smaller-medium-sized private jet is already a pinnacle of luxury that can be achieved in the world of business aviation. However, in recent years, some aircraft manufacturers began pushing the boundaries and creating a new class of private jets.

Previously, larger private aircraft have been more often used by governmental organisations. Nearly everyone has heard about or seen the icon of American aviation – The Airforce One. Known for its defence systems, easily recognisable paint scheme, and the purpose of carrying the president of the United States of America, the aircraft has been well documented in our culture. The same could apply to the new Airbus A350 used by the German government.

On October 6, 2020, Airbus, A European-based commercial and private aircraft manufacturer, announced the launch of ACJ TwoTwenty. The aircraft essentially is the same Airbus A220, but with the added twist of the aeroplane being configurable for luxury rather than traditional commercial travel. The ACJ TwoTwenty has six different VIP living areas and offers selected interior arrangements as well as handcrafted furnishing.

Following the announcement, Airbus recorded the first 6 orders for the aircraft showing the client’s trust in the upcoming product. According to the client’s comment: “Thanks to the unique combination of intercontinental range, comfort, extra space and second-to-none economics, we are convinced the aircraft will be a winner in the business aviation market.”

As a result, by presenting larger and more capable private aircraft models, manufacturers created a piece of equipment that became a prerequisite for aircraft operators to explore new markets. More than 10,500km range capability in the newest mid-sized ACJ aircraft allows operators to offer long-range flights for smaller groups with more privacy and space in the cabin for the ultra-luxury industry travel segment.

Vytis Zalimas, CEO at JETMS, a global one-stop-shop MRO for business and regional aircraft, comments: “Lately we have been noticing a significant growth in the interest in private jet travel. The

pandemic has had a large impact on the popularity of private travel with the number of private flights lately increasing by 30%, compared to the same time before the pandemic, in 2019. Additionally, the global Covid-19 crisis highlighted many advantages of business travel. Increased safety, social distancing, and convenience attracted many first-time private-fliers, who chose to try out business aviation onboard some of the most popular compact aircraft models such as HondaJet, Phenom 100 and Phenom 300, Pilatus PC-24, and various types of Cessna manufactured private jets.”

According to JETMS CEO, the growing ultra-luxury aircraft segment is a positive development, beneficial for private fliers. “The wider variety of aircraft models is introduced to the market, the more choice clients have. The ultra-luxury aircraft segment allows for new possibilities. The added space does not only compliment the comfort or add privacy but opens new opportunities in terms of customisation and flexibility of the cabin. Sleeping quarters, conference rooms, dining room and living room, everything is possible with the greater available floor space. RAS, a subsidiary of JETMS, has already accomplished numerous projects involving larger private jets which allowed for greater customisation and individualisation opportunities according to the client’s needs and requests.”

Vytis Zalimas explains that both private aircraft segments – smaller as well as larger jet markets – will grow side by side. “We do not see larger private planes replacing smaller jets as both of these types of aircraft meet different needs. While larger private aircraft allow for greater customisation and offer a longer range, smaller compact jets remain unmatched in cost-effectiveness, flexibility and accessibility, serving private fliers as a fast, luxurious and exceptional ‘taxi’ solution. We are closely monitoring the situation in the market and adapting our services accordingly to offer our clients the best options fitting their needs.” 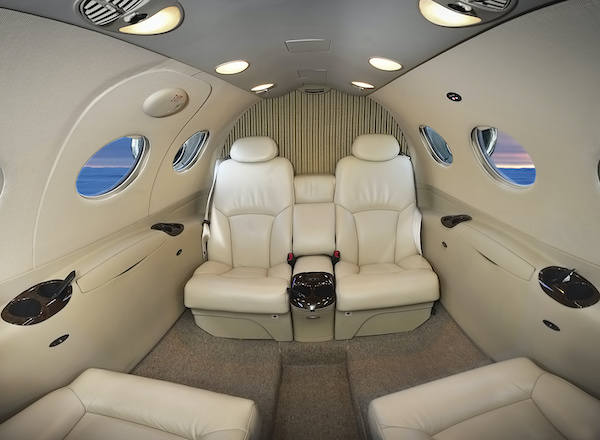 Loading comments for The development of ultra-luxury segment in the booming private jet market...