On February 14, 2020, the next serial search and rescue (with fire extinguishing function) Be-200ChS amphibian aircraft was launched from the factory airfield of Beriev Aircraft Company (part of United Aircraft Company) , built for the EMERCOM of Russia.

Its planned that after passing the pre-delivery and acceptance tests program the aircraft will be transferred over to the customer for operation as part of the Russian Navy's marine aviation.

The basic configuration of the Be-200 amphibious aircraft is indended for fighting the forest fires using the fire extinguishant fluids. While doing this, the aircraft can fulfill the following tasks:

A particular feature of the Be-200 aircraft, when compared with the other amphibians, is that it has fully pressurized fuselage, which allows to fulfill a lot of missions.

The aircraft is fitted with flight/navigation and communication equipment allowing the navigation and flight control at all flight phases in adverse weather conditions at any season, day and night.Be-200 will be equipped with the new avionics complex ARIA-200 which meets the requirements of ICAO category III of joint Russian-American production by ARIA JV (Allied Signal Aerospace, USA and NIIAO, Russia).

The interior for the Be-200 amphibious aircraft firefighting configuration is developed by AIM Aviation Fliteform. Passenger and combi configurations are on the list as well.While designing the Be-200 amphibious aircraft, the designers took into account the design experience and test results of the biggest jet amphibian A-40 "Albatross" which set 148 records.

Apart from the basic - Firefighting version, the following aircraft versions will be manufactured:

The aircraft can also be developed in executive version.

Be-200 amphibious aircraft designing is based on FAR-25 requirements that will allow to facilitate the certification in compliance with FAA and JAA requirements. 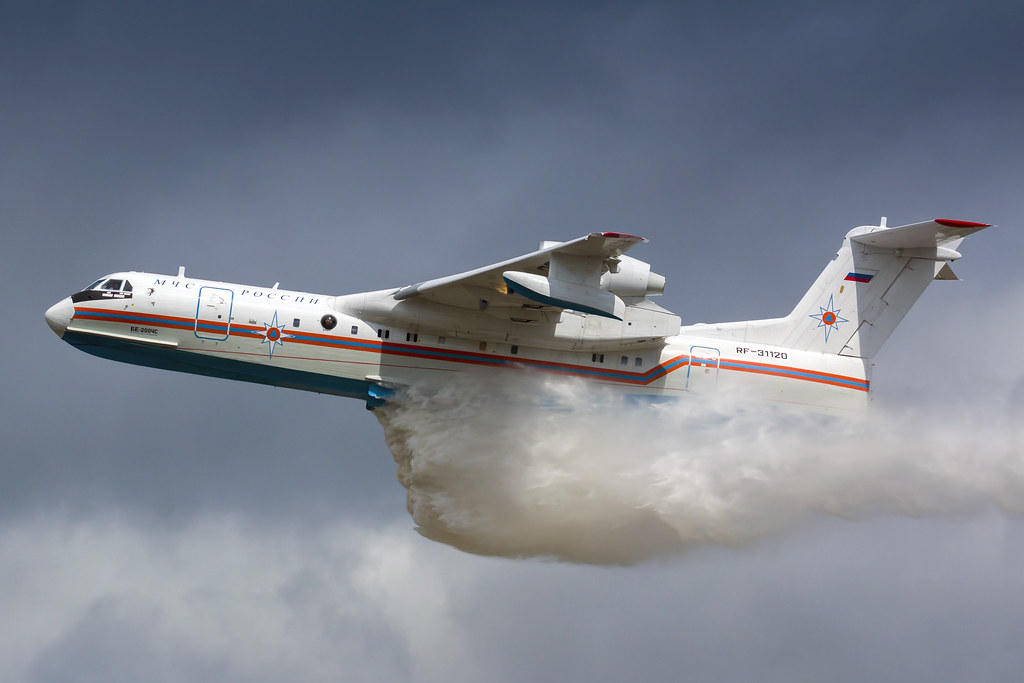 Loading comments for Another serial amphibious aircraft Be-200ChS lifted into the air...