AN-22 aircraft of ANTONOV COMPANY’s air transport subdivision known as Antonov Airlines urgently delivered a container with winches and equipment weighing almost 30 tons from Ostend (Belgium) to Istanbul (Turkey) for deep-water (up to 400 meters) repair of the water piping between Turkey and Cyprus. 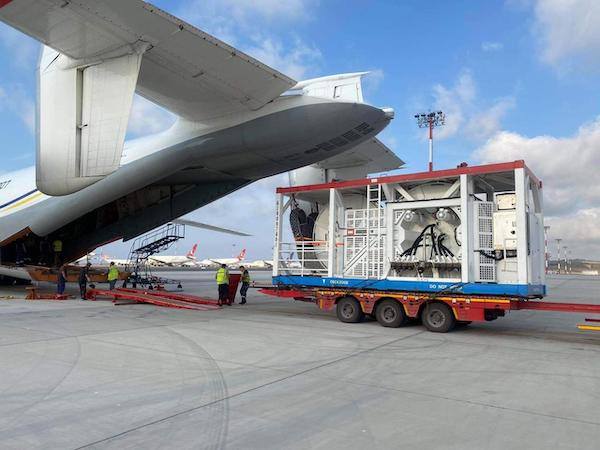 Loading and unloading of the container weighing 28.8 tons required a special equipment which was designed and manufactured at ANTONOV COMPANY.

In less than a day after the order confirmation the AN-22 aircraft departured for loading. This proved again Antonov Airlines' ability to respond quickly to the needs of customers in the world market.

The Ostende-Istanbul mission was performed by order of Skyair Shop Aviation Services Serkan Dikmen. Tekin Ertemel, Director General of the company commented: "We are very pleased with the cooperation with Antonov Airlines", which is a high-skilled and good airline that works as a team." 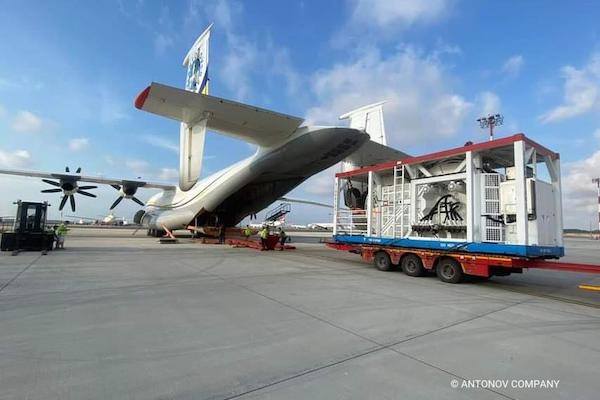