Bell Textron Inc. announced the FAA has issued an IFR STC for the Bell 407GXi. The certification is a requirement for the Navy Advanced Helicopter Training System competition, enabling the Bell 407GXi to replace the Bell TH-57 Sea Ranger as the US Navy's training helicopter.

Bell's replacement bid offers a unique combination of capability, ease of transition, and low sustainment costs, giving the best value to the Navy. Should the Bell 407GXi be selected for the US Navy Advanced Helicopter Trainer program, the company plans to conduct final assembly of the aircraft in Ozark, Alabama.

“The team did a great job ensuring the Bell 407GXi achieved the FAA’s IFR certification necessary to meet all of the Navy’s requirements,” said Mitch Snyder, president and CEO. “Bell is an instrumental part of the Navy’s training program and has been for more than 50 years, and we look forward to continuing the tradition for the next generation of Naval Aviators.”

A Bell to Bell transition offers low-risk to the Navy by streamlining instructor pilot and maintainer transition training as well as using common support equipment and infrastructure. The 407 airframe has already proven capabilities as the platform for the MQ-8C Fire Scout for the US Navy. Bell's industry-leading customer service and support has established capability with cost-efficient and effective helicopter training solutions.

Bell proves its mature production and sustainment support capability every day by supporting more than 1,600 Bell 407s globally. These aircraft have nearly 6 million flight hours across the fleet and are actively performing flight training as well as military and para-public missions helicopter mission-set. The 407GXi's Garmin G1000H™ NXi Flight Deck enhances situational awareness and reduces pilot workload by delivering easy-to-read information at a glance. The Bell 407GXi's new IFR capability will allow all-weather operations while continuing to provide multimission capability safely, reliably, and effectively. The Bell 407GXi offers the lowest direct operating costs of any IFR-capable helicopter produced today. Combined with its proven performance, reliability, and ease of transition, the Bell 407GXi is the best value aircraft for US Navy helicopter training. 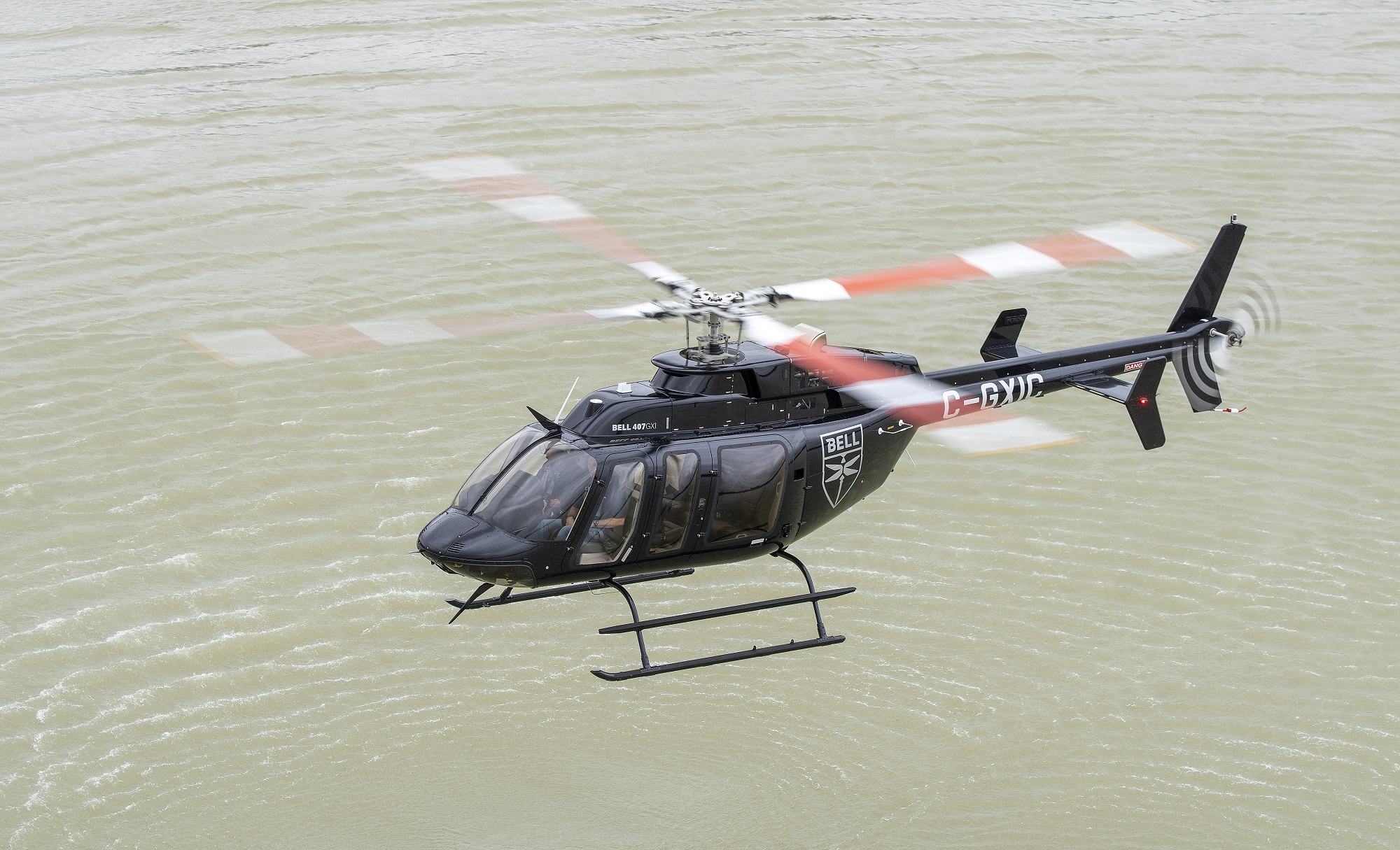