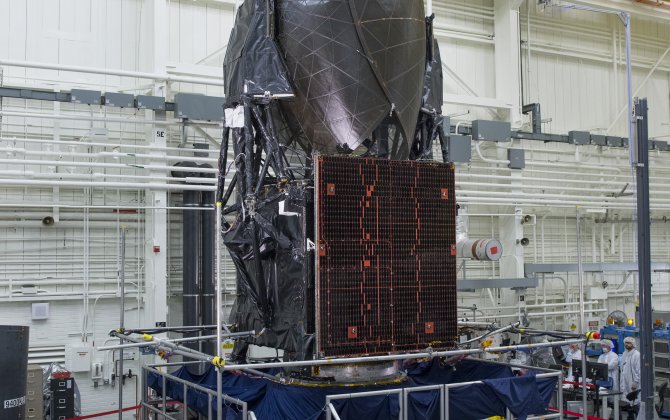 TDRS-M is the latest satellite in NASA’s TDRS constellation and will provide high-bandwidth communications to spacecraft in low-Earth orbit. The TDRS network enables continuous communication with the International Space Station, the Hubble Space Telescope, the Earth Observing System and other programs supporting human space flight.

This is the sixth TDRS satellite Boeing has built for NASA, the first of which was delivered in 2000. After reaching its final orbit, the satellite will undergo testing and checkout before being declared operational.

“This TDRS-M milestone is another step forward in Boeing’s commitment to developing technologies to support future NASA near-Earth, moon, Mars and deep space missions – and to do so affordably, drawing on our 40-plus years of strong Boeing-NASA partnership,” said Enrico Attanasio, executive director, Department of Defense and Civil Programs, Boeing Satellite Systems.

Boeing has provided space communication services to NASA for more than four decades, and has been NASA’s sole provider of tracking and data relay satellites since 1995.