“As the global demand for aerospace technicians and technologists continues to grow, the strategic advantage of Bombardier and Centennial’s relationship is only amplified,” says Dr. Craig Stephenson, President and CEO, Centennial College. “The commitment of both partners not only aims to support the increasing labour demands of the sector, but also bolsters Ontario’s and Canada’s leadership position in a competitive global sector.”

Known as “The Architect”, the Bombardier Global 7500 business jet (serial number 70004) was the fourth Flight Test Vehicle (FTV4) of the program and was used for interior validation testing. Since its maiden flight on September 28, 2017, the aircraft accumulated approximately 731 flight hours. 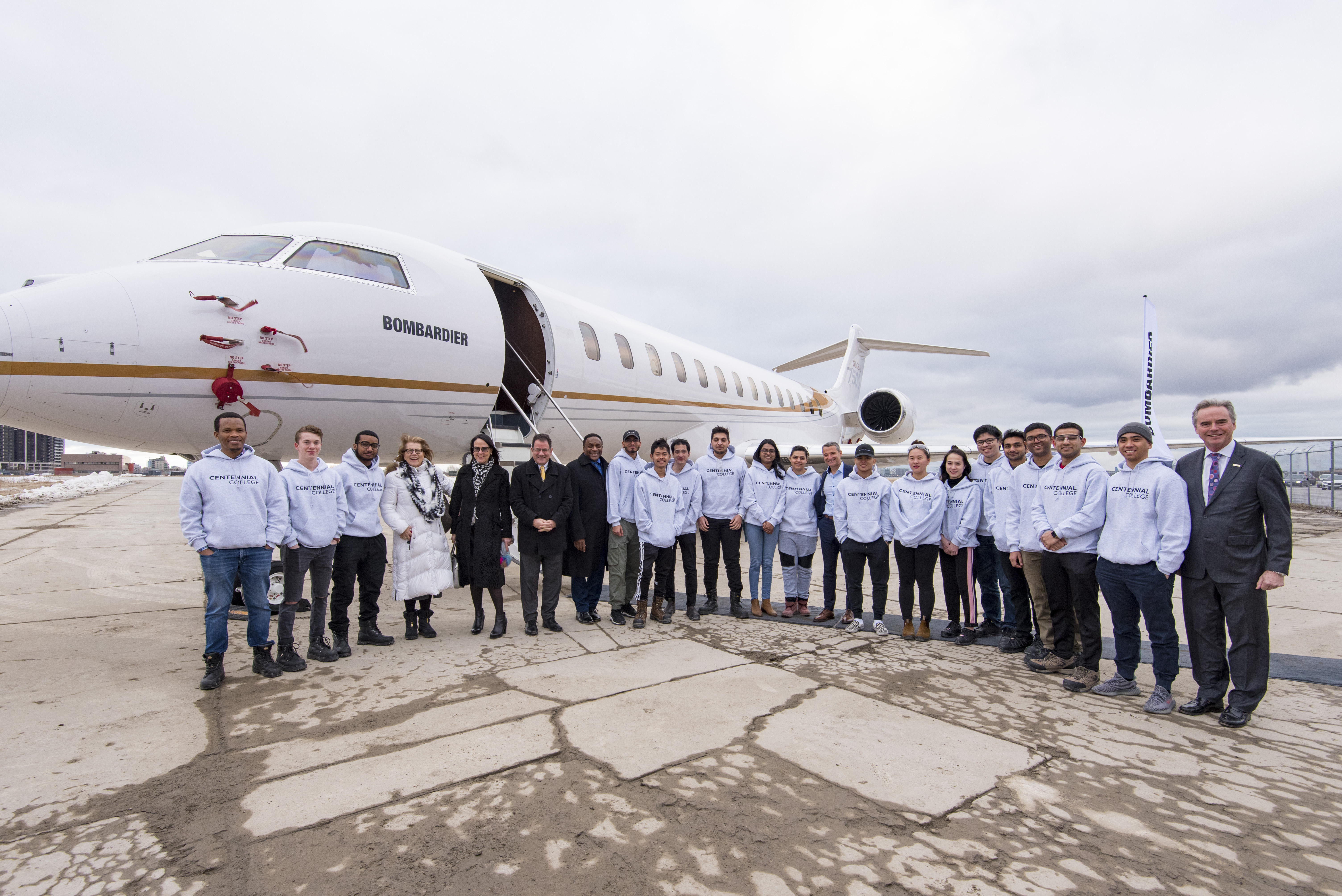 Centennial students will receive hands-on experience working on the prototype of the world’s largest and longest-range purpose-built business jet with the industry’s most advanced avionics and airframe features, including high-performance wings. The aircraft will have a permanent spot outside Centennial’s new hangar at its Downsview Park facility, which opened in January 2019.

Global 7500 aircraft are assembled at Bombardier’s facility in Toronto, using innovative and cutting-edge technology. The development of the aircraft has positively influenced the Ontario aerospace sector in the past decade, expanding the range of experience and capabilities of engineers, technicians and technologists, as well as mobilizing suppliers. 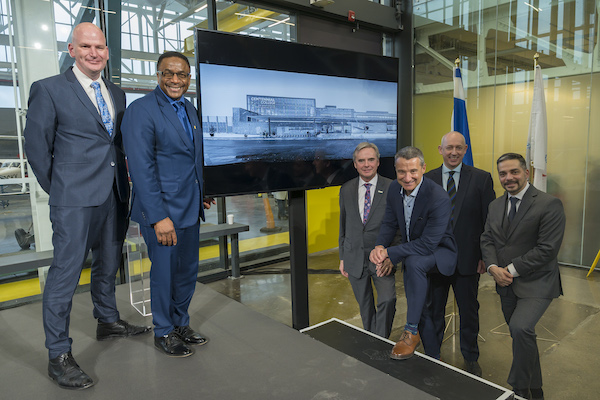 In February 2019, Bombardier donated a CRJ200 to Centennial College for training purposes and is also providing the college with $150,000 for the completion of its Landing Gear Research project, while extending its existing educational program. The program is expected to train a minimum of 50 individuals for each of the next two years at Centennial’s facility, which serves as the anchor for Toronto’s new aerospace hub, the Downsview Aerospace Innovation and Research (DAIR) Hub.

The Global 7500 FTV4 donation, and the educational value it provides, is possible due to the generosity of suppliers who donated their respective systems: Collins Aerospace for its Avionic suite; Parker Hannifin Corp. for its fly-by wire system; Safran Power Units San Diego for the Auxiliary Power Unit; Woodward Inc. for the rudder pedal; GE Aviation Systems for the Aircraft Health Monitoring Unit; and GE Passport. 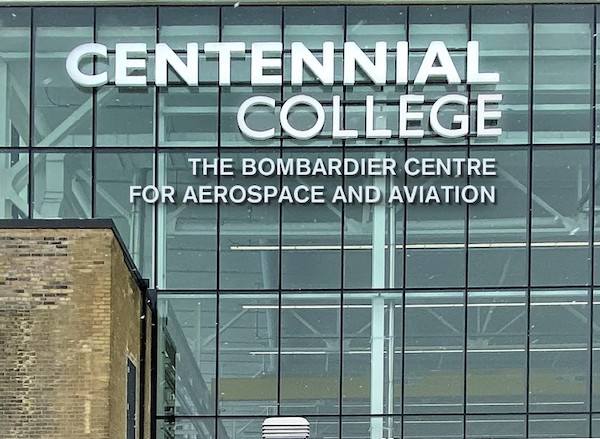