Textron Aviation, an amazing variety of choice, all depends on what you are looking for, there is always an answer that fits client's demand.

Getting to know latest news, you need to take your time to decide what with you will start to tell about ...

Let's talk abour Cessna Denali, which is nearing thecompletion of the prototype as well as the first two flight and three ground test articles, the latest milestone in the development of the company’s new clean-sheet, high-performance single-engine turboprop.

“The result of the work we are doing now in design, production and testing is going to provide a mature configuration that will help us move through certification and flight testing, ultimately bringing a proven aircraft to the market,” said Chris Hearne, senior vice president, Engineering. “The Denali is being designed and built to outperform the competition in capability, pilot interface, cabin experience and total ownership costs.”

The prototype and the first two production conforming aircraft will be used in the flight test program set to begin later this year, where the three ground test articles will be used for the company’s airframe static and fatigue tests, and for cabin interior development and testing.

In preparation for first flight, the company also recently completed component integration for the Denali iron bird, a full systems simulator test rig laid out in the configuration and size of the Denali. Leveraging unique Textron Aviation engineering and manufacturing techniques, the test rig incorporates the design of the aircraft’s avionics, electrical and engine control systems, then positions them in a framework that makes the systems easy to access during testing. The iron bird will play an important role in testing the Denali’s Full Authority Digital Engine Control (FADEC), which controls both engine power and propeller pitch with a single lever.

Additionally, GE Aviation announced it has successfully achieved full power and max RPM with the new 1300 shp Catalyst engine and the state-of-the-art 105-inch, McCauley composite propeller at its facility in Prague – where it has completed more than 1,000 hours of testing on three test articles.  The engine and propeller demonstrated the full range of pitch using a FADEC with integrated propeller control. Initial altitude chamber testing was completed this month validating the engine performance.

“This new turboprop engine design will give the Denali a number of key advantages over other aircraft in this class and we are pleased to say that test engine performance is meeting or exceeding performance expectations” Hearne said. “New technology allows for a much longer time between overhaul, quieter operation and because of the first-ever digital engine and propeller control, it will reduce pilot workload and have greater fuel efficiency than similar aircraft in its class.” 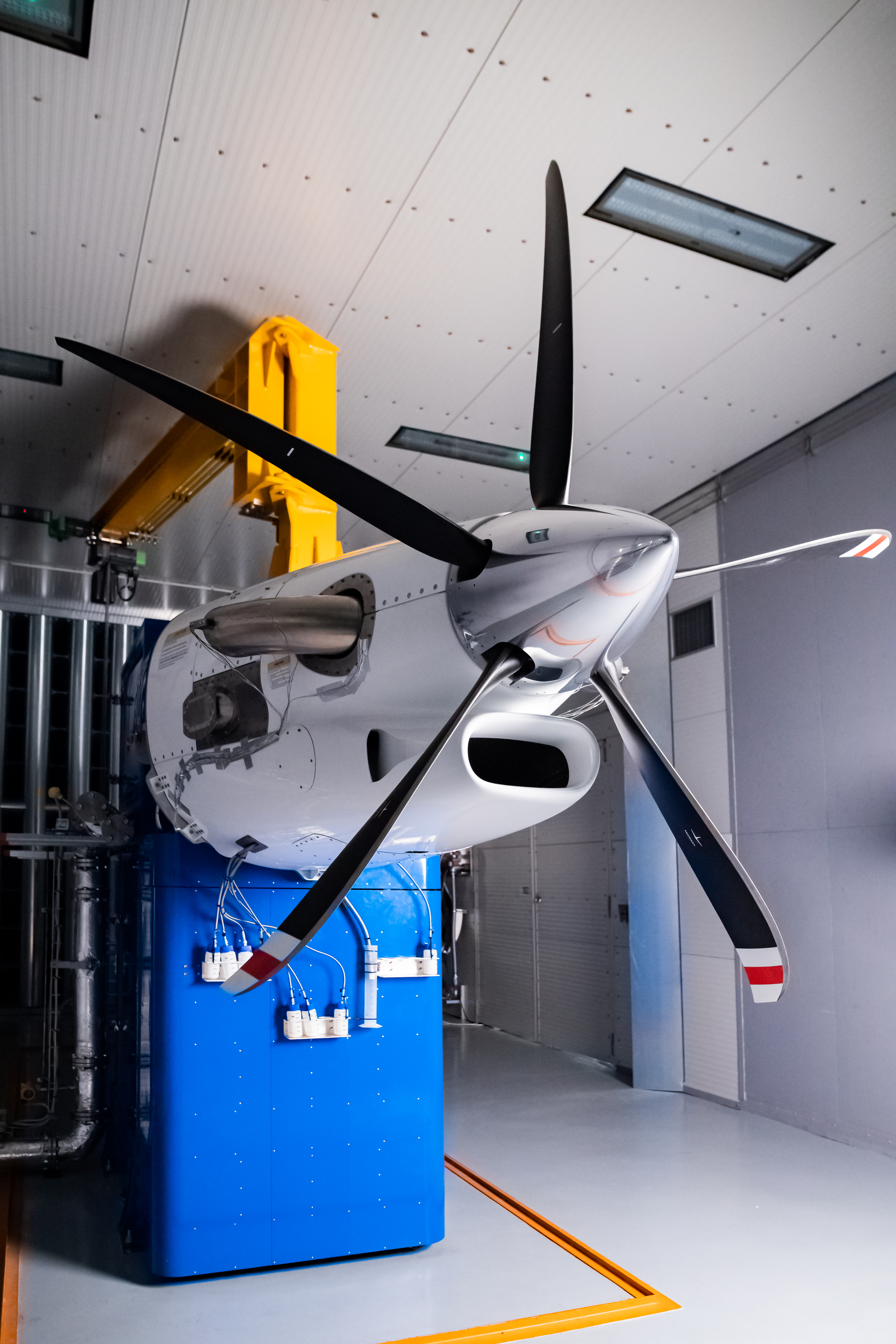 The global COVID-19 pandemic situation has fueled a growing demand for air transport solutions for infectious patients. To prevent in-flight transmission of viruses to cockpit and cabin crew, infected...