Embraer aviation division has sold 19 EMB-203 Ipanema single-seat aircraft in February, totaling 27 aircraft sold this year. This sales volume in the first two months of 2021 is already 8% higher than what was negotiated throughout 2020.The second consecutive month of high sales reflects the favorable performance of the Brazilian agribusiness and the technological innovations incorporated in the new version of the Ipanema aircraft. Agricultural crop dusting services has been leading the market demand this year.

Although the demand for Ipanema remains more intense in the Midwest, the main agricultural hub in Brazil, the pace of sales this year has also been increasing in other regions in the country.  With almost 1,500 units delivered, Ipanema is the leader in the agricultural segment with a 60% share of the national market. Its role in precision agriculture combines high technology and continuously evolves to meet the requirements of high productivity and low operating cost. 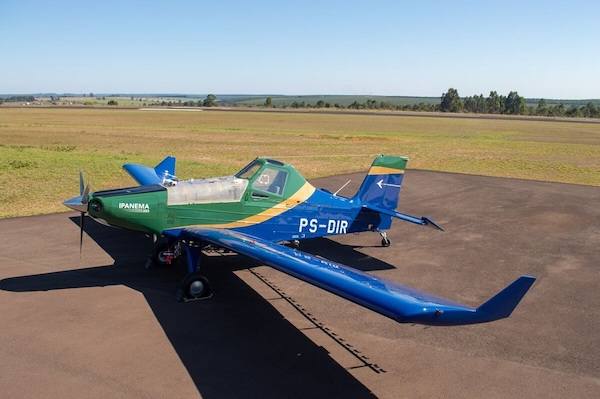 The Ipanema 203, the most updated model in the series, has incorporated multiple improvements such new wing parts with different geometry and more resistant stainless steel material. This solution postpones eventual wear and tear from the severe natural condition of field operations and maintenance expenses over the years. The advanced aerial sprayer also has a new design on the engine hood, with new air outlet grilles to ensure greater cooling.

Ipanema's history begins in the late 1960s, when the Brazilian Ministry of Agriculture signed a contract with Embraer for serial production in the country of an agricultural aircraft, with the aim of modernizing the sector by making new production techniques available. The aircraft initially appeared as a project for engineers from the Technological Institute of Aeronautics (ITA), in São José dos Campos (SP) and was tested for the first time at Fazenda Ipanema, in the municipality of Sorocaba (SP). In July 1970, Ipanema made its first flight and in 1972, it was commercially produced.

The most current version, the Ipanema 203, runs on renewable energy (ethanol) and was certified in 2015. This model guarantees more agility, efficiency and productivity, in addition to the lowest operating cost in the category. With its wingspan increased to 13.3 m and an improved wing profile, it allows a greater range of deposition of pesticides, reaching 24 meters of track with scientifically proven quality.

Mainly used in the spraying of fertilizers and pesticides, Ipanema has avoided, throughout all these decades, losses due to crushing of the crop and its ability to operate in regions with irregular terrain, allowing for greater flexibility. The aircraft is also used in seeding activities, vector and larvae control, and river settlement. 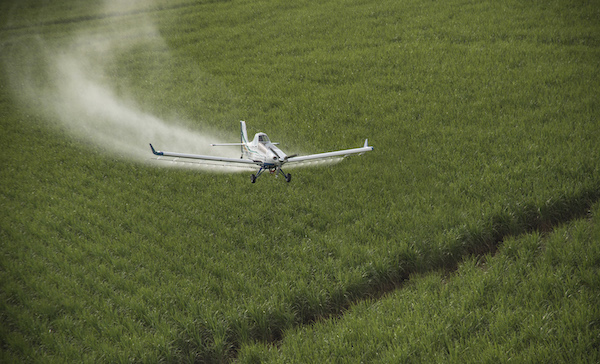