Daher appointed two Kodiak aircraft sales representatives for Asia: PT Auvia Gaya Perkasa in Indonesia; and JetHQ providing coverage across the Indian subcontinent. Based in Jakarta, PT Auvia Gaya Perkasa is a consulting company created in 1996 to focus on military aviation as an aircraft parts supplier for the Indonesian Air Force. It expanded into aircraft maintenance and communication systems integration through relationships with many aircraft and equipment manufacturers, as well as with maintenance, repair and overhaul partners in serving the Indonesian Air Force, Army and Navy.

“The Kodiak aircraft is perfectly suited for operations in Indonesia, where public and governmental missions are crucial,” explained Paul G. Branham, the Kodiak Sales Director for Europe, Africa and Asia-Pacific. “PT Auvia Gaya Perkasa is well positioned to sell Kodiak aircraft in the region based on this company’s two decades of success and its strong interactions with many government officials and branches.”

JetHQ is a worldwide aircraft broker tasked to promote the Kodiak throughout the Indian subcontinent region, including India, Nepal, Bangladesh, Sri Lanka, the Maldives and Pakistan. It recently added team members who have been involved in Indian business aviation for 30 years, and the company has successfully worked with India’s DGCA civil aviation authority to update and change laws that will improve the development of business aviation in the country.

“For the Indian subcontinent market, the Kodiak offers a highly capable aircraft for transportation in serving regional communities,” added Branham. “Its performance, versatility and operational flexibility also make the Kodiak ideal for special mission operations in service with both commercial and government customers.” 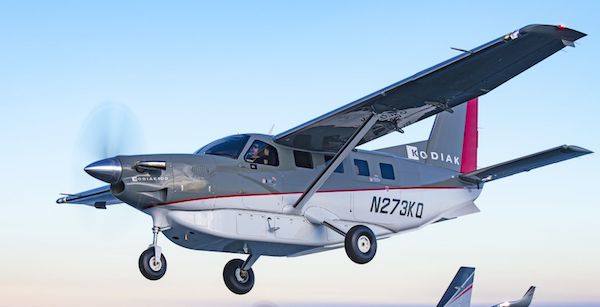 The Kodiak 100 Series II is an unpressurized 10-seat airplane equipped with Garmin’s G1000 NXi avionics, capable of operating on uneven and ultra-short runways, or on water in the amphibious version. Its unique combination of robust construction and remarkable 3,535 lbs (1,603 kg).maximum payload capability has resulted in many additional applications for the Kodiak, including special missions, medevac, as a skydiving platform and more.