Brazilian Air Force (FAB) got delivery of the first multi-mission airlift KC-390 at a ceremony held at Anápolis Air Base. Embraer has been conducting theoretical and practical training with the Air Force teams to start operations. 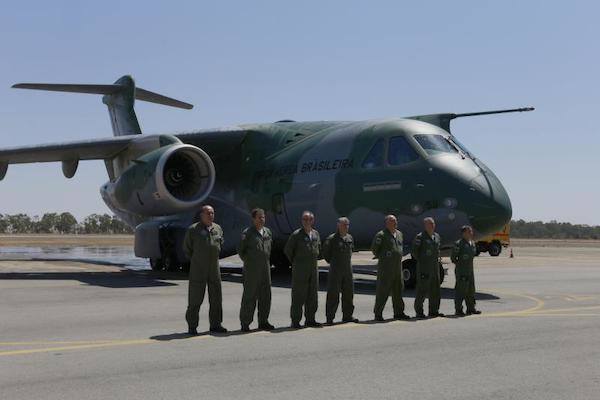 The KC-390 was developed as a joint project between the Brazilian Air Force and Embraer to set new standards for efficiency and productivity in its class, while presenting the lowest life-cycle cost in the market. The program represents a significant advance in terms of technology and innovation for the Brazilian aeronautics industry and an operational improvement for FAB's transport aviation. In 2014, FAB signed a firm order for 28 units of the KC-390 aircraft and initial logistical support. The aircraft are produced at the Gavião Peixoto factory, in São Paulo state.

The KC-390 was granted the Type Certificate by the Brazilian civil aviation authority ANAC (Agência Nacional de Aviação Civil) in 2018, when it achieved Initial Operational Capability (IOC), which ensures that the necessary conditions have been met for the aircraft to start operations. 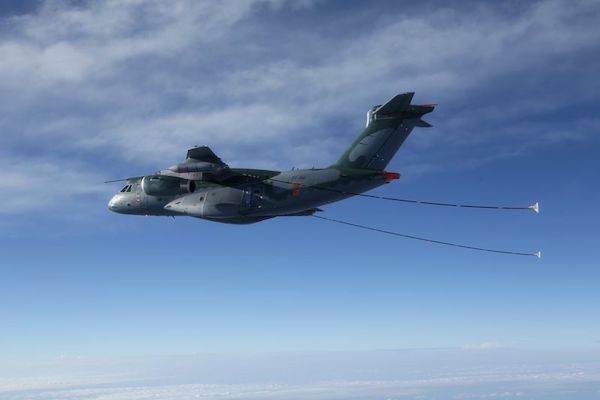 “The incorporation of the KC-390 into the Brazilian Air Force is a milestone in military aviation. Its modernity will bring an implementation and improvement in the doctrine of use of this multi-mission vector, greatly contributing to the fulfillment of the mission to control, defend and integrate the 22 million square kilometers under our responsibility”, said the Brazilian Air Force Commander, Lieutenant-Brigadier Antonio Carlos Moretti Bermudez.

“The entry into service of the KC-390 by FAB represents an important milestone for the program and it will certainly increase the growing international interest for this aircraft, consolidating the path to new sales”, said Jackson Schneider, President and CEO of Embraer Defense & Security. “We are confident that the KC-390, in addition to successfully fulfilling the missions required by our Air Force, will have a positive economic impact on job creation and new investments in Brazil, as well as high value-added exports.”

In order to maximize the operational availability of the KC-390 fleet in the fulfillment of the respective missions, FAB and Embraer Services & Support signed a comprehensive five-year services and support contract. Under the agreement, Embraer’s portfolio of solutions TechCare will be responsible for logistical and engineering support, maintenance control, component repair, support staff for the aircraft entry into service, materials supply and an additional package that includes structural analysis, maintenance bulletin development, and aircraft painting, among other services.

The KC-390, which was recently ordered by the Portuguese Government, can carry out various missions including humanitarian support, medical evacuation, search and rescue, forest fire fighting and superior cargo and troop transport and launch capabilities, as well as aerial refueling.

Equipped with two International Aero Engines V2500 turbofan engines, the latest avionics, a rear ramp, and an advanced cargo handling system, the KC-390 is capable of carrying up to 26 metric tons of cargo at a maximum speed of 470 knots (870 km/h), with ability to operate in austere environments, including unpaved or damaged runways. The aircraft can carry troops, pallets, armored wheeled vehicles and helicopters.

The performance of the KC-390 benefits from a modern fly-by-wire control system with integrated technology that lowers the workload of the crew and increases the safety of its operation. Furthermore, the KC-390 can refuel other aircraft in flight, with the installation of removable internal fuel tanks. The aircraft can also be refueled in flight, thus providing greater flexibility for longer missions. An advanced self-defense system increases the aircraft’s survival capability in hostile environments. 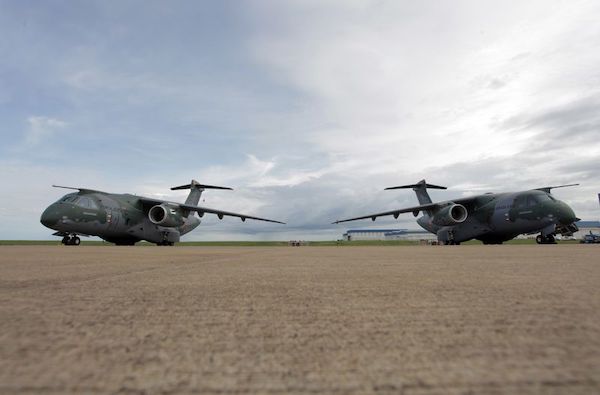