The delivery of Delta Air Lines first A330-900 wide-body is schedulet for May 2019. Meanwhile, it has made the inaugural test flight of 5h 46min on Tuesday from Toulouse airport. The highly fuel-efficient twin-engine jet, one of 35 Delta has on order, is due to be delivered to the Atlanta, Georgia-based airline in the coming weeks.

The A330-900 is the larger of the two A330neo variants that Airbus launched in 2014. The A330neo brings significant efficiency improvements while also introducing the award-winning ‘Airspace by Airbus’ cabin, which offers the newest and most advanced in-flight experience with extra personal space, larger overhead luggage bins, latest generation in-flight entertainment system and state-of-the-art ambient lighting.

Incorporating the latest-generation Rolls-Royce Trent 7000 engines, along with aerodynamic enhancements – including new extended composite wingtips which provide 3.7 meters of increased overall wing-span, as well as increased lift and reduced drag – the A330neo is a more efficient aircraft, delivering 25% lower fuel burn than previous generation aircraft and the lowest seat-mile cost in its category. The A330-900 range is 6,550 nautical miles in a typical 3-class configuration. 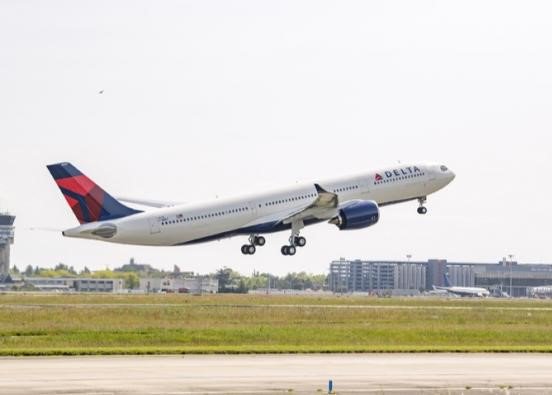 We are one step closer to a zero-emission flight - ZeroAvia took to the skies for the maiden flight of its 19-seat Dornier 228 testbed aircraft, retrofitted with a full-s...