First operator of the five-bladed H145 in Argentina - Helicópteros Marinos

Helicópteros Marinos is the first operator of the five-bladed H145 in Argentina. The two new helicopters, which have arrived in South America, will perform offshore SAR and Oil & Gas operations in the world’s most southernmost region: Tierra del Fuego. Helicópteros Marinos has been based in Tierra del Fuego in southern Argentina for more than 34 years, operating from the city of Río Grande and the TOTAL AUSTRAL operations base in Río Cullen to provide support for the production and exploration platforms of its customer, Total Energies.

Located between 10 and 50 nautical miles off the coast, the platforms of the concession zone managed by Total Energies comprise the world’s most southernmost offshore oil and gas production field. Since 2010, Helicópteros Marinos has been providing passenger and cargo transport to the platforms using two four-bladed EC145 helicopters, which have clocked more than 13,000 flight hours. However, customer demand for greater safety, comfort, load capacity and range has prompted the company to renew its fleet. 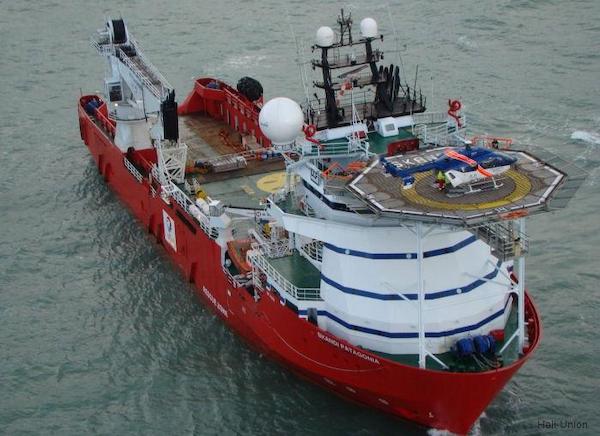 “One of the reasons for renewing the fleet was that we needed a greater available payload. The new helicopter achieves this due to its lightweight design, offering a greater maximum take-off weight than the earlier version,” explains Marcelo Florio, CEO of Helicópteros Marinos. “Secondly, the five-bladed version provides increased power, ensuring we can keep flying safely in all flight conditions, including situations of engine failure and when operating from offshore platforms or ships.”

“In addition, the Helionix avionics suite – with its four-axis autopilot – considerably reduces crew workloads, especially in instrumental flight conditions, which are very frequent in these latitudes.

The autopilot offers the possibility of hover flight with pinpoint accuracy, allowing our second helicopter, which provides SAR support, to perform rescue winch operations in very low visibility conditions over water,” he adds.

There are no SAR services with immediate response capacity in the region where Helicópteros Marinos operates. Coupled with low water temperatures and strong winds, survival time in the event of a forced water landing is minimal. Due to these hostile conditions, TOTAL has established strict safety protocols, with one of the two aircraft devoted exclusively to SAR support while the main helicopter performs passenger and cargo transport missions to the platforms.

“Over the last 12 years we have achieved very high availability levels with the H145. We are confident that with the new version we will continue to reduce maintenance downtime to ensure we offer a better quality service, an essential aspect in an area with such difficult access and complex logistics,” Florio explains.

To overcome these logistical difficulties, Helicópteros Marinos also performs external and internal load transport operations to both platforms and ships. The helicopters are equipped with a state-of-the-art cargo hook, which can even be used for personnel recovery in emergency situations.

“Other advantages of the five-bladed H145 are its reduced rotor diameter and blade folding capabilities. The Health & Usage Monitoring System (HUMS) also sends real-time data on each landing and take-off on the different platforms to our maintenance base. These records are monitored daily by both our technicians and Airbus specialists, allowing us to perform predictive analysis to anticipate maintenance tasks and thereby enhance safety levels,” adds the company’s CEO.

A long-standing relationship with Airbus

The relationship between Helicópteros Marinos and Airbus Helicopters goes back more than 40 years, during which the company has amassed more than 95,000 flight hours with Airbus aircraft. “This means we have detailed knowledge of the maintenance programmes and the peculiarities of the procedures for importing spare parts to our country, knowledge which we can also pass on to new owners operating Airbus aircraft,” says Florio.

In addition to its role as an operator, Helicópteros Marinos also has a maintenance workshop, which is an approved Airbus Service Centre. The workshop is currently qualified to service the H145, H125, H130, H120 and Dauphin family models. Its hangar, occupying over 4,000 m2, is the largest facility in Argentina devoted exclusively to helicopter maintenance. It includes a heliport for day and night operations and an FBO service for owners who wish to park their aircraft in its facilities. 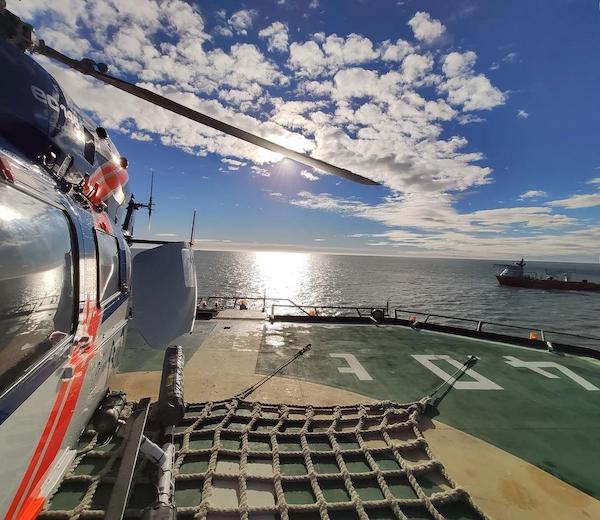 
Loading comments for First operator of the five-bladed H145 in Argentina - Helicópteros Marinos...