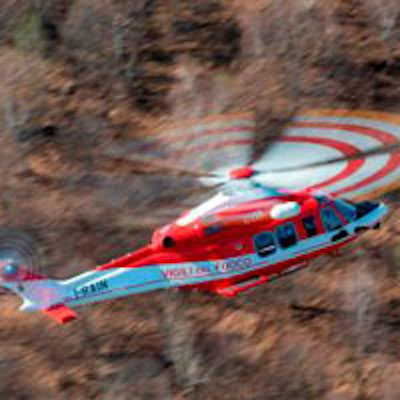 Another major step forward forward made to strengthen the collaboration between Leonardo and the Italian National Fire Corps - the delivery of the first two AW139 intermediate twin engine helicopters!

The event, celebrated during an official ceremony held at Leonardo’s Vergiate facility in the presence of Government representatives and local authorities. The introduction of the AW139 marks a major enhancement of airborne multirole capabilities with the world’s most modern helicopter for maritime and mountain Search and Rescue (SAR), medical rescue, firefighting and disaster relief duties.

Over 816,000 rescues and sorties are performed every year countering fires across Europe, including many in Italy, and the AW139s, planned to progressively replace the Italian National Fire Corps AB412s which have been in service for decades, will guarantee optimimal coverage and an even more rapid responsiveness across the country. The Italian National Fire Corps will receive a third AW139 this year under the €45 million contract signed in 2018. The contract also includes integrated logistic support and training for pilots and technicians, and encompasses an option for 12 additional helicopters. The first two helicopters will be based in Rome Ciampino for National Fire Corpos personnel training.

The helicopters will carry out search and medical rescue, firefighting and disaster relief with enhanced operational effectiveness from all national bases. The first AW139 of the National Fire Corps is now entering service.