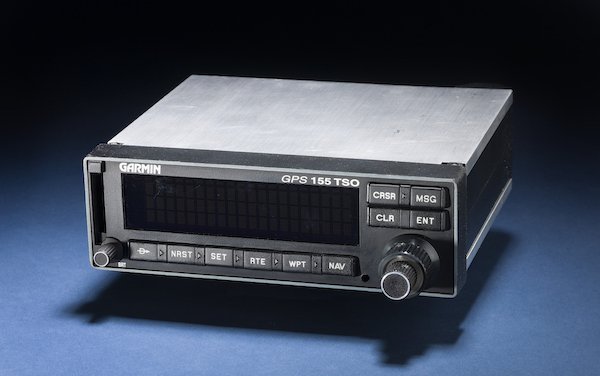 The GPS 155 TSO set the standard for product development within avionics, laid the groundwork for future innovations in GPS navigation, and raised the bar for technological GPS advancements in the aviation industry.

“Our steadfast commitment to design, develop and deliver state-of-the-art avionics continues yet today as we commemorate the 25th anniversary of the GPS 155 TSO and celebrate a breakthrough in aviation navigation – one that pioneered the development for initiatives such as NextGen,” said Carl Wolf, vice president of aviation sales and marketing. “As we recognize this significant milestone in aviation, we thank our loyal customer base and dedicated associates who make these achievements possible, and look forward to celebrating many more for years to come.”

On February 16, 1994, Garmin achieved a significant milestone by introducing the GPS 155 TSO to the aviation industry—the world’s first GPS navigation product to be fully certified to FAA TSO-C129, Class A1 standards for non-precision approach use. For the first time, pilots could fly in instrument meteorological conditions (IMC) throughout the departure, enroute, and approach phases of flight using GPS as their primary navigation source. The introduction of the GPS 155 TSO would eventually pave the way for the development of new, safety-enhancing technologies that would leverage the high-integrity position data it offered, such as moving map displays, terrain avoidance systems, and synthetic vision.

With the GPS 155 TSO, aircraft operators quickly recognized the operational safety benefits of modern era satellite-based navigation that traditional navigation could not provide. Simultaneously, antiquated and less accurate ground-based navigational aids (NAVAIDs) were slowly phased-out. The benefits of GPS navigation were realized throughout the industry as GPS not only offered a higher level of precise navigation throughout the national airspace system (NAS), but also provided instrument approach capability, which was especially important for remote airports that did not have the appropriate funding or accessibility to NAVAIDs.

Years later, the GPS 155 TSO would eventually pave the way for the development of technologies that support the broader implementation of airspace modernization initiatives, such as the Next Generation Air Transportation System, better known as NextGen. Predicated on GPS, NextGen significantly improves aircraft predictability, operational performance and capacity throughout the NAS and offers efficiencies that only GPS navigation can provide. These efficiencies result in reduced flying time, lower approach minimums, minimized fuel burn and more. A pillar of NextGen, Automatic Dependent Surveillance-Broadcast (ADS-B), also relies on the precise position information only available from Wide Area Augmentation System (WAAS) GPS. The GPS 155 TSO unquestionably laid the foundation for future advancements in avionics that would ultimately support global airspace modernization initiatives.

In 1998, Garmin would again celebrate another innovative first in the aviation industry with the introduction of the GNS™ 430. The all-in-one GPS, COM, VOR, LOC, and glideslope navigator, complete with a color moving map, proved to be a significant technological leap in innovation and navigation. Similarly, when the GNS 430 and GNS 530 received WAAS certification in 2006, the most popular certified IFR GPS system to-date gave pilots even greater instrument approach capabilities. In 2011, the GTN™ 650 and GTN 750 were introduced to the marketplace as the first touchscreen avionics certified for general aviation aircraft and have proven just as popular as their predecessor.

Loading comments for GPS milestone in aviation celebrated by Garmin®...

Piper Aircraft announced that for the first time a FAA certified Pilot 100i will be on display at Sun-n-Fun. The Pilot 100i received type certification from the Federal Aviation Adminis...