On May 10, 2021 the DA42 MPP departed from the Diamond Aircraft factory in Wiener Neustadt, heading to Cork, Ireland, the home base of Green Rebel Marine. The DA42 MPP is equipped with a camera system from Phase One which is mounted in a gyro-stabilized mount from Somag. In addition, an AIS receiver is recording GPS position of vessels or boats that are detected within the survey area.

The first digital aerial ecology surveys of Irish coastal waters to be undertaken by a domestic company are about to begin following the arrival of a new special mission aircraft owned by Green Rebel Group into Cork Airport. The company is leading efforts to establish Cork Harbour as a Green Energy Hub, beginning with a new partnership between Green Rebel Group, Cork Airport, the Atlantic Flight Training Academy (AFTA) and Weston Aviation.

With the purchase of this aircraft, Green Rebel Group will be the only domestic Irish company offering digital aerial surveys for ecological assessments associated with marine renewable energy projects. Green Rebel has partnered with AFTA, which will be the specialist operator (SPO) for the aircraft. The aircraft will be based at the Weston Aviation hangar at Cork Airport. Its arrival has resulted in the creation of 15 direct jobs, and there are plans for further job creation over the coming years, which will ensure Cork is one of the leading players in the green energy sector. 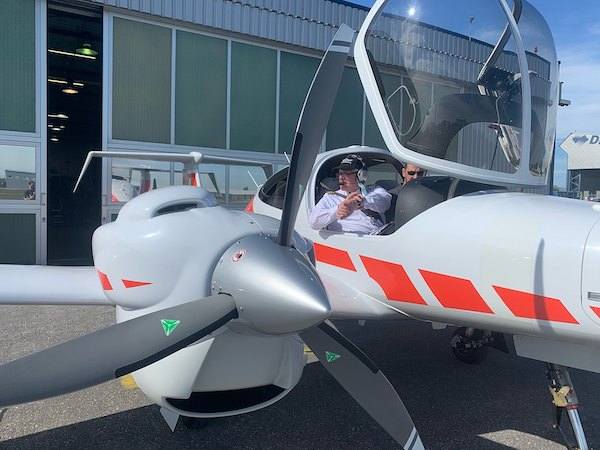 Sarah Kandrot, Head of Aerial Surveys with Green Rebel Group said: “This aircraft will help us to compile information that will ensure offshore wind farms are built in the best locations to protect the ecology of the ocean. We are delighted that our aircraft has arrived in Cork, which means we can now begin conducting these important surveys. With this aircraft, large sections of the ocean can be surveyed over a shorter period of time than can be achieved with traditional boat-based surveys. Thanks to the ultra high-spec of our camera equipment, our aircraft will be flying at heights that will not cause any disturbance to birds or marine megafauna while at the same time allowing us to collect the highest-quality digital imagery.”

Mick Horgan, CEO of Green Rebel Group said: “I am hugely proud of the Green Rebel team and what they have achieved. We have put together an amazing team of data acquisition specialists and data scientists who are all experts in their respective fields. I have every faith that our aerial survey division will be second to none.”

“The DA42 MPP perfectly fits the philosophy of Green Rebel Marine of being a sustainable and environmental-friendly company. Not only the low fuel consumption and noise level, but also the use of lead-free fuel contributes to the green attributes of the aircraft. We are very glad that Green Rebel Marine selected the DA42 MPP for their vision of making their aerial survey operation as green as possible”, said Mario Spiegel, Sales Manager of Diamond Aircraft Industries Special Mission Aircraft Division. 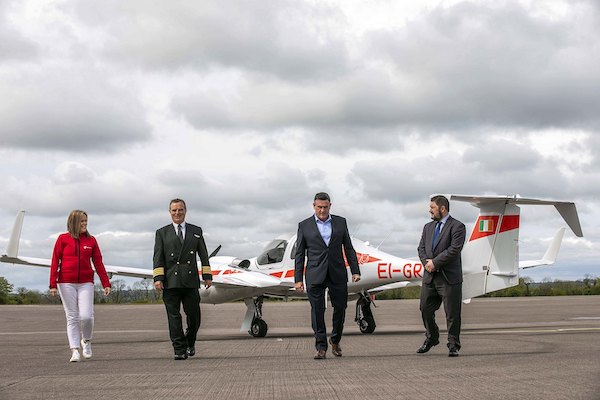