CubCrafters has chosen two of Hartzell Propeller's next generation carbon fiber structural composite propellers as the sole options for the airplane manufacturer's new nosewheel NXCub, which is headed to certification and production. "The Hartzell team is very pleased to continue our excellent and longstanding relationship with CubCrafters," said Hartzell Propeller President JJ Frigge. "The new NXCub has the opportunity of opening up backcountry flying to a much broader portion of the pilot population, and we are privileged to take part."

Hartzell's carbon fiber composite two-blade Trailblazer prop will be standard equipment on the NXCub. Hartzell's newly certified three-blade Pathfinder propeller will be available as an option. Both propellers will be offered with a 76 inch diameter on the NXCub. Paired with CubCrafters new Lycoming CC393i engine on the XCub, these propellers continue a tradition of ever increasing performance for the CubCrafters and Hartzell relationship.  With updated aerodynamics and internal structure, the Pathfinder is quieter, smoother, and, like the popular two-blade Hartzell Trailblazer propeller, it is optimized for back country operations. The Pathfinder propeller with aluminum hub and structural composite blades weighs 44 lbs. and is a three-blade alternative to the reliable Trailblazer prop.

CubCrafters notes that the nosewheel-equipped NXCub is already selling well, and early customers have been excited about the new Pathfinder propeller option. With dozens of the new NX aircraft already sold and scheduled to deliver to over the next 12 months, Hartzell is committed to ramping up production of the Pathfinder to fulfill the need for this next generation of backcountry propeller.

CubCrafters President Patrick Horgan said, "Hartzell was the perfect collaborator as we went through this process. Backcountry flying is a part of their heritage. Working with a teammate like Hartzell, with their experience developing new aircraft with OEMs, was a rewarding experience and will give our customers an extra measure of confidence wherever they fly."

The added capabilities and value offered by the new nosewheel option are game-changing. The NXCub is easily convertible between nosewheel and tailwheel, so you really get two airplanes in one. A fast, modern, easy-to-fly, tricycle gear aircraft and a traditional big-tire tailwheel Cub together. Both are very capable STOL aircraft designed for the backcountry missions that CubCrafters' airplanes have always excelled at.

With an extremely robust trailing-link nosewheel assembly and large tundra tires as an option for the mains, the nosewheel equipped NXCub is capable of handling primitive landing strips and most off-airport operations. Landing loads on the nosewheel are transmitted to the airframe by a heavy duty truss designed just for this application, and the entire nosewheel assembly itself is a bolt-on option that can be removed should the owner want to convert the airplane to a tailwheel configuration. For more information on CubCrafters go to http://cubcrafters.com/. 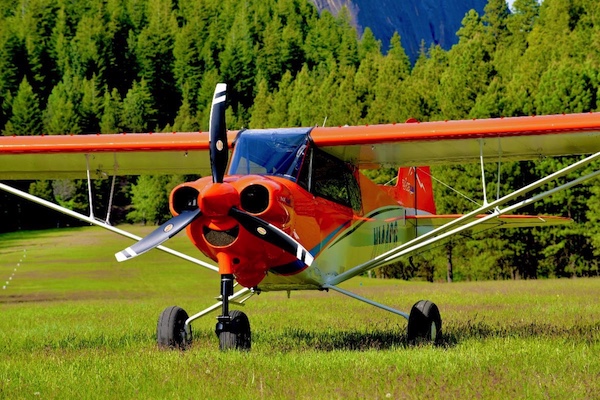