For quite some time already, sustainability has been a top topic in amongst aviation professionals. While many companies in the aviation industry focus on optimisation and green initiatives, something bigger has been on people's minds – sustainable aircraft. Aviation fuel is one of the main culprits in aviation pollution, so it's about time the industry shifted its focus towards greener fuel options. The new fuel should be accessible at a global level and must be safe, environmental, and economical. Hydrogen has the potential to change the aviation industry and substitute the currently used aviation fuel.

Hydrogen, as an energy carrier for usage in aircraft, has some great qualities such as minimum pollution, global availability, and safety, thus making it a suitable aviation fuel. In comparison with Lithium-ion batteries, hydrogen has a greater energy density, both in terms of gravimetric and volumetric measures. Furthermore, hydrogen use is expected to gain popularity and momentum in several industries, speeding up the advancements of fuel cells and storage systems and encouraging quicker development of necessary infrastructure. These factors, associated with hydrogen as aviation fuel, are expected to drive the growth of the global hydrogen aircraft market over the years to reach the anticipated value of $27.68 billion in 2030, and $174.02 billion by 2040.

The idea of hydrogen-powered aircraft has been in the minds of professionals for decades. Back in the 1950s, the US Air Force flew B-57 aircraft with hydrogen fuel, and in the 1980s, Tupolev converted a Tu-155 aircraft to a hydrogen gas turbine. While now the focus shifts to hydrogen because of ecological concerns, at the time Tupolev's reasoning was more economical - relatively inexpensively fuel production using nuclear power made hydrogen an attractive alternative.

However, the use of hydrogen fuel posed some challenges. Due to its significantly lower energy density, hydrogen requires much more space than fossil fuel and needs to be cooled in a challenging temperature of minus 253 degrees Celsius in order to stay liquid to save space. To store the fuel, Tu-155 aircraft had a large hydrogen tank in the rear part of the passenger cabin, taking up about a third of the space there. A total of 30 additional systems were integrated into the aircraft so that it could run on hydrogen. There were three engines on board: two classic turbojet engines and one NK-88 - an experimental turbojet that used hydrogen or natural gas for operation.

More than 100 flights were performed using the aircraft - a part of them using hydrogen and others - using natural gas. There were even international flights performed: Moscow - Hanover and Moscow - Bratislava - Nice. The Tu-156 project, where a revised version of the natural gas engine (NK-89) was used, was in the works for years. The program was eventually terminated, most likely due to the fall of Soviet Union.

For hydrogen-powered aircraft, hydrogen can be used in two ways: as a fuel source for fuel cells, when hydrogen reacts with oxygen to produce electricity that powers the engine; or alternatively, it can be used directly as a fuel source in a modified engine. Airbus is looking at both these methods for aircraft. The company has presented three models of modified aircraft that would be operated using hydrogen and has already committed to have the first aircraft in service by 2035.

But the usage of hydrogen is not without its challenges. The largest limitation of hydrogen use as fuel is storage. The energy density of liquid hydrogen is only about a quarter of that of jet fuel, meaning that for the same amount of energy it needs a storage tank four times the size. So aircraft would need to be redesigned for additional fuel storage.

Furthermore, an entire new infrastructure would need to be put in place to transport and store hydrogen at airports. But it's worth noting that because hydrogen can be extracted from water, airports could generate their own hydrogen fuel, reducing the need for fuel transportation, eliminating related emissions and possible transportation safety hazards.

While hydrogen has not yet been widely used in aircraft, it has already proven its advantages in vehicles. Toyota Mirai's, hydrogen-powered vehicle's, tank weighs 87,5 kg and holds 5 kg of hydrogen, so the total of 92,5 kg weight allows you to drive 500 km according to the WLTP standard. Meanwhile, the Tesla Model 3, with a 321 kg battery, can drive only 430 km according to the WLTP standard, meaning that 1 kg of hydrogen allows a vehicle to travel 5,4 km while 1 kg of batteries - only 1,33 km. Maybe the aviation is next to prove hydrogen's efficiency?

The potential of hydrogen as aviation fuel is undeniable, but there is still a long way to go. But the constantly growing attention to aviation sustainability will act as a catalyst in making a hydrogen-powered aircraft a reality. 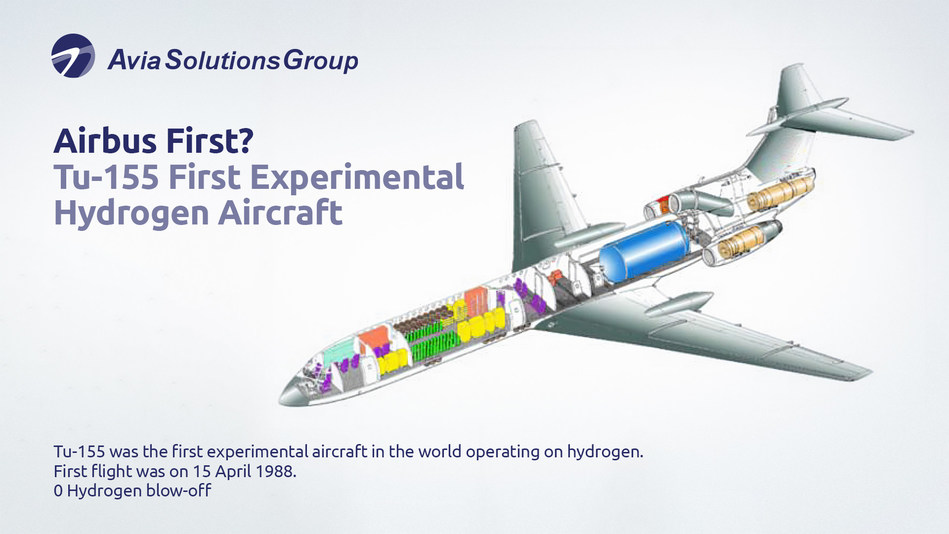 Loading comments for Hydrogen aircraft - the anticipated market to reach $174.02 billion by 2040...

VoltAero has chosen the France Air Expo trade fair to present, for the first time to the public, its Cassio hybrid-electric aircraft. VoltAero is developing a family of hybrid electric aircraft for...