Irkut Corporation (a UAC member) completed construction of the third MC-21-300, intended for flight tests. On December 25, the aircraft was transferred from the final assembly shop to the flight test unit of Irkutsk aviation plant - a branch of Irkut Corporation.

Testing results of the first MC-21-300 aircraft passing certification tests were taken into account in the production of the new aircraft.

The components and units of the fourth flight test aircraft are being assembled at the Irkutsk Aviation Plant.

The aircraft for static testing is tested in Central Aerohydrodynamic Institute (TsAGI). In December, the MC-21-300 aircraft fuselage was delivered here, which, after assembling the airframe, will join endurance tests.

President of UAC and Irkut Corporation Yuri Slusar said: “In 2018 flight and ground certification tests of aircraft prototype confirmed the main design solutions. UAC enterprises have begun to manufacture parts and units of MC-21-300 aircraft intended for customer’s delivery. Joining to the flight tests of new aircraft and production intensification of mass-produced airplanes are the main tasks of 2019.”

“We can confidently say that 2018 turned out to be productive for the aircraft industry. Construction of the new aircraft and certification tests of the first aircraft confirm that the MC-21 program is developing steadily. As part of the program, a deep modernization of aircraft manufacturing enterprises was carried out, new high-tech companies were created, an environment for development of perspective civil aviation projects was formed,” – mentioned Denis Manturov, Minister of Industry and Trade of the Russian Federation. 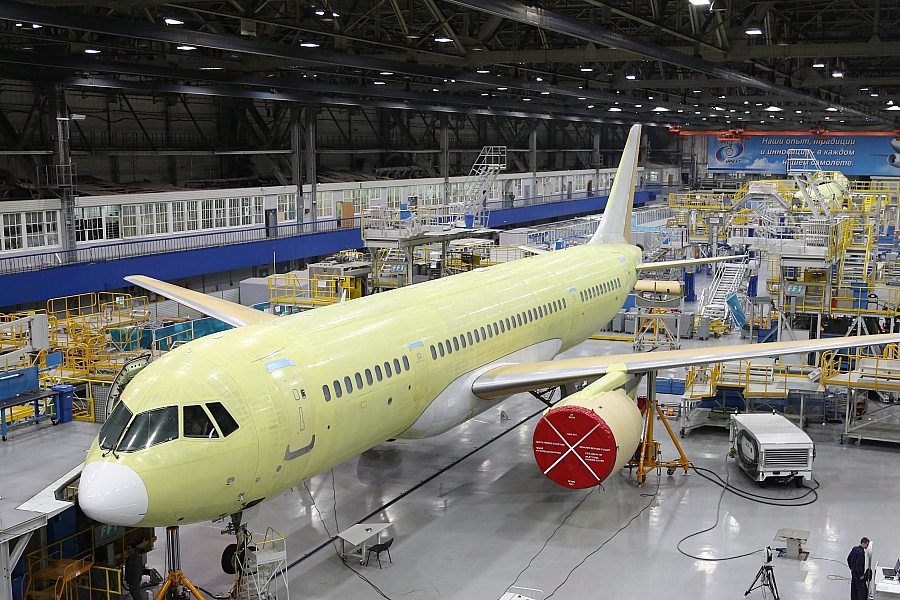