Just only 6 months after signing the contract, the first of its kind, DA62 SurveyStar has been handed over to GeoFly. Despite the difficulties caused by the pandemic, system integration went flawless in all directions. Considering that it is the first customer aircraft and involved numerous parties from various countries, it cannot be taken as given but once again demonstrates the strength of Diamond’s Special Mission Aircraft Division, to act as the single point of contact towards the customer in order to provide a ready-to-fly turnkey solution.

The initial configuration features a multi sensor setup for simultaneous data acquisition. The Universal Nose mount will carry an airborne LiDAR system from Riegl, while the 20“hatch will be equipped with the latest Large Format Camera System from Vexcel Imaging in combination with Somag’s GSM4000 gyro-stabilized mount and an IGI Flight Management System. This configuration allows a total endurance of 7 hours including a 2 men crew. 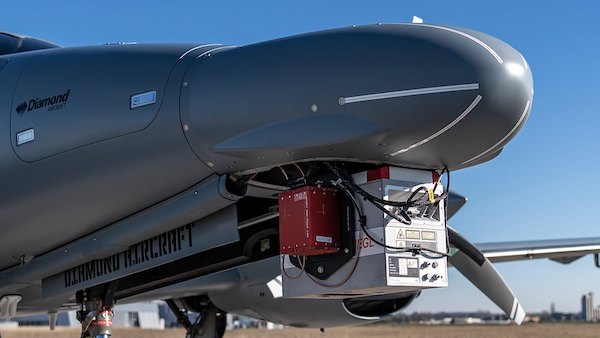 The design allows for quick configuration changes, for example to replace the Large Format Camera in the hatch with the LiDAR from the Universal Nose.

Aicke Damrau, Managing Director GeoFly commented, “The purchase of the new DA62 SurveyStar was a very special step for us. The DA62 is applicable very versatile. This is due on the one hand to the wide range of speeds at which we can operate the aircraft and on the other hand to the possibility of refueling the aircraft with jet fuel. The low consumption of the DA62 of approximately 50 liters per hour is another important point when we consider efficiency.”

Markus Fischer, Director Special Mission Aircraft Division, “There is no doubt that even the cleverest concept needs someone who is convinced and committed to demonstrate the proof of operational concept. Therefore, we are proud to have established a solid long-term cooperation with GeoFly, to receive first hand feedback from a professional aerial survey operator and being able to develop the DA62 SurveyStar to an even better airborne solution. We are looking very much forward to seeing how the aircraft behaves in real competition.”

„The handover of the first DA62 SurveyStar commences a big milestone for Diamond Aircraft’s Special Mission Aircraft Division,” said Mario Spiegel, Sales Manager Europe and North America. “It brings all the efforts put into the development, certification as well as integration to an end but at the same time also starts a new era, with the most modern and efficient Aerial Survey aircraft being introduced to the market. I believe I am not wrong when saying that this aircraft will be the most observed one in the Aerial Survey industry, as other companies may have to follow GeoFly in order to remain competitive.” 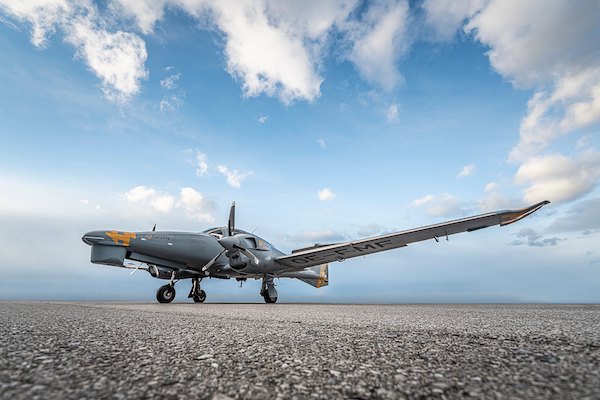