Leonardo is back to Farnborough Airshow

Leonardo is back with a renewed strategic position, playing a leading role in global innovation. It also brings a long-term sustainable vision, through its industrial capabilities, for the planet’s continued progress Leonardo has a strong industrial presence in the UK: it employs 8,000 people across 7 sites supports a supply chain of 2,100 UK companies, two thirds of which are SMEs. The company invests around £180 million in UK R&D each year

Leonardo at Farnborough Airshow with a wholly redefined strategic position based on the ‘Be Tomorrow 2030’ Strategic Plan. The Company aspires to play a leading role in the digital transformation of the Aerospace, Defence and Security sector.

In an approach based on coexistence and mutual synergy between legacy business and the development of innovative solutions and markets, Leonardo’s focus at the airshow will be on the next-generation FCAS (Future Combat Air System). This system consists of individual ‘nodes’ interconnected by powerful communication technologies, artificial intelligence and the cloud. These represent the key to the future operating environment common to all domains. In the UK, Leonardo has been involved in FCAS as a member of Team Tempest since the programme’s inception and internationally as part of a trilateral
partnership with top defence industry firms from Italy, the UK and Sweden. 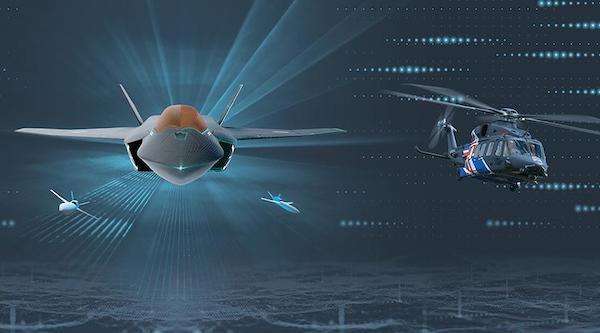 In helicopters, the focus is on the ability to handle the entire vertical dimension of flight with digitally integrated dual and specialized platforms in multi-domain operational contexts. The latest generation AW149 multi-mission helicopter is on display at Farnborough, building on its recent international success in Poland with a contract for thirty-two units. It is currently on offer to the UK Ministry of Defence, which needs an NMH – New Medium Helicopter. An AW159 optimised for sea use will also go on show. The AWHero remotepiloted system confirms Leonardo’s excellence in this domain, with some of the Company’s most impressive surveillance equipment and sensors, including the Gabbiano Ultra Light.

In the exhibition area, Leonardo, a leader in the trainer sector with over 2,000 units sold in forty countries, will also show off the M-346, a latest-generation jet aircraft for pre-operational training. Its operating specifications are similar to combat aircraft such as the Eurofighter Typhoon and the F-35. It is currently in service with Italian, Singaporean, Israeli, Polish and Qatari air forces, and has recently also been chosen by Greece. The M-346 is the star of the new International Flight Training School (IFTS), the fruit of a partnership between Leonardo and the Italian Air Force, whose customers already include countries such as Qatar, Singapore, Germany and Japan. The light attack version of the new M-345, which can perform operational roles and train student pilots, will also be on display.

Among the next-generation technologies for on-board digitisation of aircraft and helicopters, there are a wide range of CNI (Communication, Navigation, Identification) self-protection and avionics systems. These include the new LOAM, optimised for dual-use, to alert crews to the presence of tiny and barely visible obstacles in low-altitude helicopter flight. In addition to the ULISSES acoustic anti-submarine system,
Leonardo will present its state of the art radars. These include the Grifo E and ECRS Mk0 E-scan fire control radars, Osprey 30 and Seaspray 7500 E-scan surveillance radars and long- and medium-range air defence sensors such as the recently launched TMMR (Tactical Multi Mission Radar), which can also be used for anti-drone applications. With this portfolio and recent strategic deals with RADA Electronic Industries and Hensoldt, Leonardo aims to strengthen its positioning and leadership in the Defence and Security Electronics sector.

The Company will also showcase state-of-the-art human-machine interface technologies and capabilities based on simulated environments, artificial intelligence and augmented reality for training and education purposes for land, air, sea and space missions and cyber-attack protection. Leonardo meets fifth domain threats with a technology suite for Cyber Information Superiority - for analysis, intelligence, prevention and defence - and with the Cyber Range and Cyber Trainer platforms for the immersive simulation of complex scenarios through the creation of ‘digital twins’ of networks, systems and applications to be protected. Artificial intelligence and simulation, along with the cloud, supercomputing, deep learning and video analytics, also form the heart of X-2030. This solution correlates massive amounts of data from disparate sources in real-time, providing a synoptic picture of the situation to support decision-making and action in the field.

At Farnborough, Leonardo will also present its vision for innovative and sustainable aviation mobility based on disruptive technologies, platforms, control systems, infrastructures and new business models. These include the AW609 multi-role tiltrotor simulator, the world’s first for civil certification, as well as the enabling technologies that will make the helicopter of the future increasingly smart and connected, the Skydweller
solar drone, and satellite navigation and communication services.

There will also be space for multinational programmes in which Leonardo plays a leading role. These include the Eurofighter aircraft and the Eurodrone – the latter a medium-altitude, long-range remotely piloted aircraft, and both resulting from major European defence partnerships – as well as European-funded initiatives such as Clean Sky and SESAR 3, which look to future air transport in an increasingly sustainable key.

Finally, the space dimension is integral to defence and security operations and a driver of innovation, sustainability and development. Also on display will be technologies and services for Earth observation and Earth orbit monitoring (Space Situational Awareness) and intervention (In-orbit servicing) to mitigate the problem of overcrowding. Leonardo will also look at planetary exploration and the main international Moon (Artemis and Moonlight) and Mars (Mars Sample Return) programmes, and at the technological contribution that the Company provides to these, also through the Space Alliance, consisting of the Telespazio and Thales Alenia Space joint ventures. 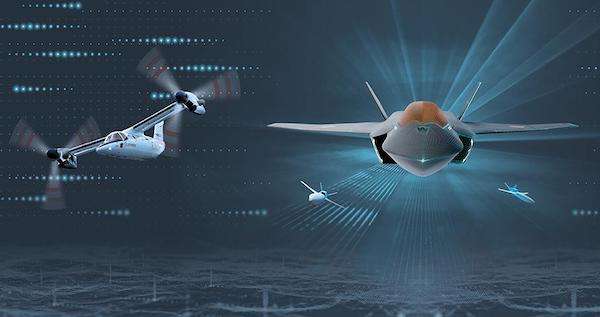 Loading comments for Leonardo is back to Farnborough Airshow...