RED Aircraft in collaboration with A&C Ag Aviation, has successfully flown the upgraded Air Tractor 301, fitted with the RED A03 engine. The flight took place at 4.04 pm in Unadilla, Georgia, USA piloted by Stephen Bereza. The flight represents a significant milestone for RED aircraft and for the agricultural aviation sector as a whole. The completion of the project and the subsequent successful flight are due to months of preparation and planning. The flight has showcased many of the great benefits provided by this green and highly efficient engine.

The aircraft will be available to view at the National Agricultural Aviation Association Expo from December 6th – 9th, 2021. Representatives from RED aircraft will be available to provide further information and answer questions. The prospect of an agricultural aircraft fitted with new technolgy has been a constant source of excitement in the Ag aviation community. The Facebook page, demonstrating the continuous development of the AT-301 RED, has attracted the attention of a thousand operators, enthusiasts, and pilots. The design of the engine has been matched by innovative engineering to make the project a reality. 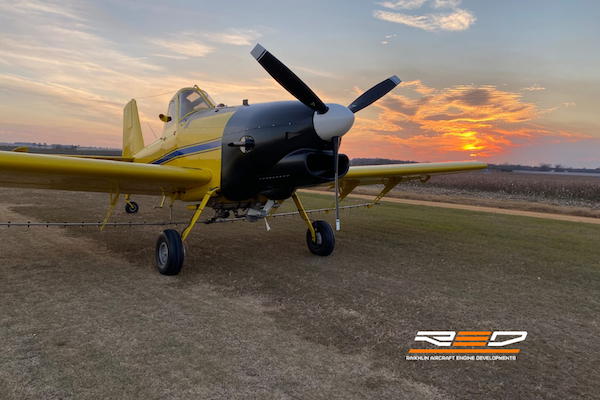 The cowling section of the AT-301 was purposefully redesigned to accommodate the RED A03 engine and provide a more aerodynamic shape. To avoid a significant weight increase, the cowling was manufactured from lightweight carbon fibre and is custom built to include cooling, sufficient air intake, and service access points.

RED Aircraft is excited to demonstrate the engine’s capabilities. In retrofitting an older airframe with a more modern engine, owners and operators of agricultural aircraft will enjoy the game-changing performance combined with superb reliability.

Before this retrofit, operators had to acquire parts for the older Pratt and Whitney R-1340 radial engine. Creating significant challenges, with parts being either in short supply or prohibitively expensive, operators would be forced to decommission and store aircraft requiring maintenance. The retrofit has solved both of these problems. The engine’s efficiency and ease of maintenance are both things that agricultural operators will be able to take maximum advantage of.

Numerous operators worldwide enjoy the benefits of a retrofitted RED A03, both in agriculture and other sectors requiring fuel efficiency and green performance.

New Zealand relies heavily on agricultural aircraft. Recently a RED A03 was successfully fitted to a Fletcher RU24 by Phoenix Aviation, an operator keen to take advantage of an increased time between overhauls and the engines’ phenomenal performance.

The RED A03 has been adopted by other users too. In Canada, Sealand Aviation also retrofitted a DHC-2 Beaver, an aircraft famed for flying over mountainous and rugged terrain. The operator of the DHC-2 praised the engine for its lower fuel burn, faster airspeed, and ability to carry higher payloads.

The RED A03 was designed using a ‘clean sheet’ concept. The aim was to create an engine offering a significantly increased power output while keeping fuel burn and maintenance costs to a minimum. The engine can provide 550HP, making it an ideal solution for aircraft requiring high power output.

Agricultural work can be heavily dictated by the seasons and nature, which have little regard for aircraft maintenance issues. The RED A03 is fitted with a Full Authority Digital Engine Control (FADEC). This permits operators to see real-time engine data and make early maintenance decisions, minimizing downtime. Maintenance availability has long been the Achilles heel of those utilizing the archaic Pratt and Whitney radial engines. RED Aircraft GmbH is investing heavily in setting up maintenance solutions for their engines’ users in the United States. 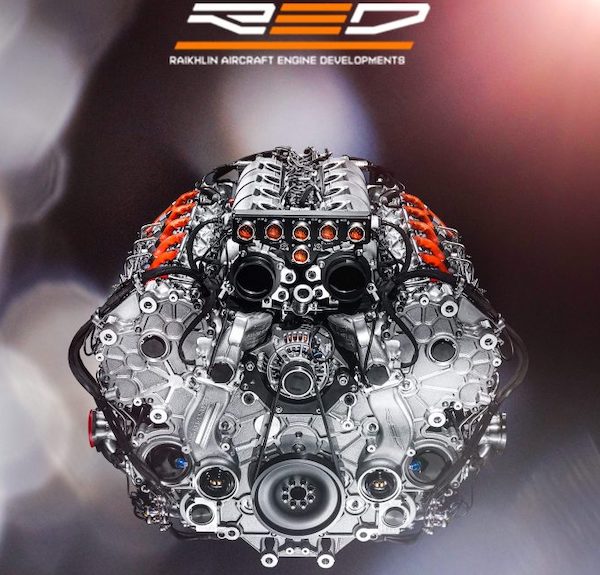 The RED A03 piston engine is a logical choice for operators looking to upgrade their engines on older airframes to bring them into the 21st century. The power output, easy maintenance, and fitting, and reduced fuel consumption are all benefits that agricultural aircraft operators can utilize to great effect.