MС-21-300 aircraft, whose wings are made of polymer composite materials produced in Russia, has performed its first flight. The airliner became airborne from the airfield of the Irkutsk Aviation Plant, a branch of Irkut. The flight was performed in normal mode. The aircraft was piloted by a crew consisting of test pilot, Hero of Russia Roman Taskaev, and test pilot, Hero of Russia Oleg Kononenko. “The flight mission was fully completed. The aircraft systems were operating normally,” Roman Taskaev said.

MС-21-300/310 is a new generation medium-haul aircraft with capacity of 163 to 211 passengers. Its key distinction consists in its wings made of composites.

“The first flight of an airliner with wings made of Russian composites corroborates the fact that we have done everything right, the MC-21 program is developing consistently and unswervingly in spite of sanctions and unfair competition. This is a result of accumulating knowledge and expertise in the aviation industry, as well as unprecedented government support. The total amount of funds allocated by the Ministry of Industry and Trade for the creation of a composite wing adds up to 4.4 billion rubles. This Russian technology has a number of advantages over the traditional prepreg autoclave technology, which makes it possible to increase productivity, reduce labor and production costs, provide conditions for forming large parts and high quality of mass-produced products. To date, a composite wing has already been made for two aircraft, and the manufacture of a third set is in progress. We plan to obtain changes to the type certificate regarding the composite wing made of Russian materials in the second half of 2022,” said Denis Manturov, Minister of Industry and Trade of the Russian Federation. 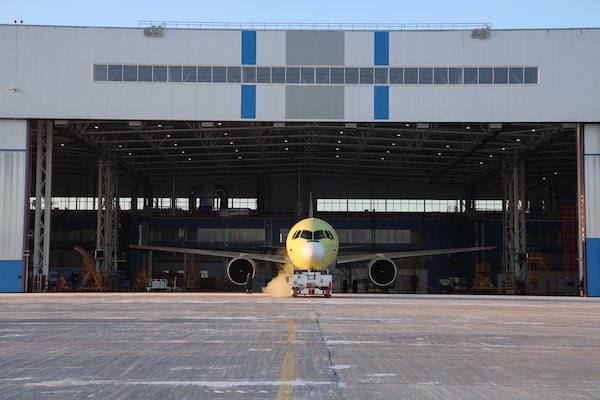 Domestic materials for composite bearing structures of the wings were developed in close cooperation with scientists from Moscow State University, Rosatom and aviation industry specialists. The qualification tests of the materials showed that they meet requirements of MС-21 structure. Wing panels and the center section of the MС-21-300 aircraft are made at the AeroComposite-Ulyanovsk plant. The wing is manufactured using unique vacuum infusion technology, patented in Russia.

“The share of composites in the MС-21 airframe is about 40%, which is unprecedented for medium-haul aircraft. The use of strong and lightweight composite materials has enabled the design of a wing with unique aerodynamic characteristics unattainable for a metal wing. Improved aerodynamics have made it possible to increase the width of the MC-21 fuselage and expand the cabin, which brings new advantages in terms of passenger comfort. MС-21 is the world's first ever mid-haul aircraft with such solutions,” said SergeyChemezov, CEO of Rostec.

MС-21 is focused on the most mass-market segment in passenger transportation in Russia and in the world. At present, the certification of the MС-21-300 aircraft is nearing completion, we plan to launch deliveries of it to airlines in 2022. At the same time, tests are underway of MС-21-310 with the new Russian PD-14 engine.

“There are six MС-21-300 aircraft in production, intended for delivery to customers. All of them are equipped with wings made of Russian composites. An impressive step forward has been made in strengthening cooperation between Russian aircraft manufacturing plants as part of the MС-21 program. Centers of competence have been created within the UAC system, specializing in the production of individual units, e.g., Aviastar produces fuselage panels and tail unit for MC-21, and Voronezh Aircraft Plant makes engine pylons and landing gear fairings. AeroComposite-Ulyanovsk manufactures the wing box, and KAPO-Composite – the wing high lift devices. These centers are involved in ambitious projects in the Russian aircraft industry,” said Yuri Slyusar, General Director of United Aircraft Corporation. 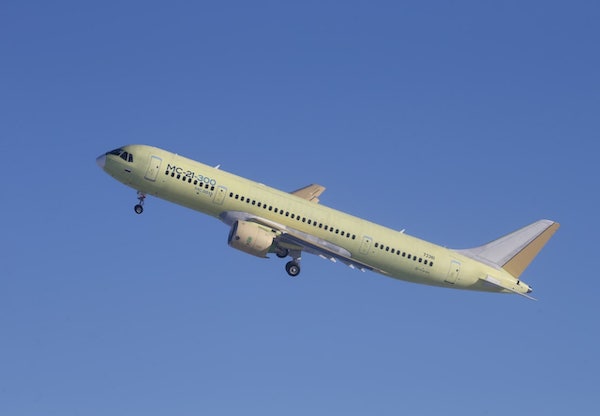 Loading comments for MС-21-300 aircraft with wings made of Russian composites performed its first flight...