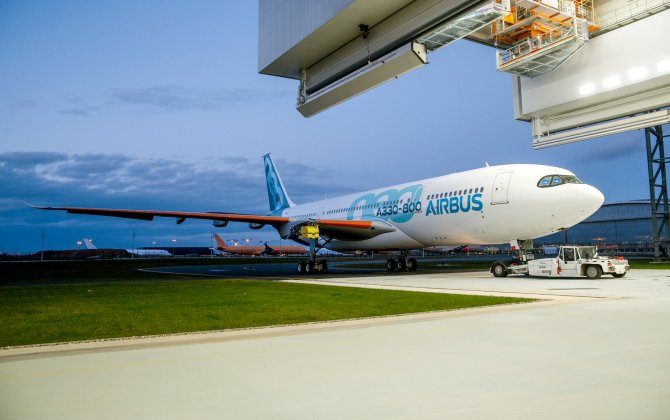 One step closer to joining the A330neo test fleet

The A330-800 is the new generation 250-seater from Airbus’ leading twin-aisle family. With its 242-tonne Maximum Take-Off Weight (MTOW) as the base variant, the A330-800 can operate routes of up to 7,500nm and with the recently launched 251-tonne MTOW variant, the aircraft can operate ultra-long-range routes of up to 8,150nm. The A330-800 will leverage the A330-200’s proven versatility, popularity and reasons for success, offering new-generation economics.

Building on the success of the A330-200 with over 600 aircraft in operation, the A330-800 brings new-generation economics and comfort in addition to unprecedented range to the 250-seat aircraft market. Together with the larger 300-seat A330-900, they share 99 percent commonality, having the same airframe, engines and cross-crew training. This gives operators great flexibility to use either aircraft in their fleet according to network needs in size and range. Both of these widebody aircraft incorporate new Rolls-Royce Trent 7000 engines, zero-splice nacelles, titanium pylons, new wings and new Airspace by Airbus cabins. The most visible new features of the A330neo wings are the specially developed curved wingtip Sharklets – which draw on A350 XWB technology, extending the wingspan to 64 metres, providing state-of-the art aerodynamic characteristics.

With over 1,700 orders, the A330 is the most popular widebody aircraft ever, having flown nearly one million annual flights. Today, close to 1,400 aircraft have been delivered to 118 customers worldwide on a wide range of routes, from domestic and regional flights to long-range intercontinental services. Offering the lowest operating costs in its category, and thanks to continuous investments in latest innovations, the new-generation A330neo will be the most profitable and best performing aircraft in its size category.

GDC Technics announced it will begin voluntary production of N95 compliant face masks to be donated to local Fort Worth hospitals to combat the ongoing COVID-19 pandemic as part of...

As the transportation sector plays an essential role in combatting COVID-19, Embraer will resume critical operations in order to meet the needs of customers, public services and the global population....