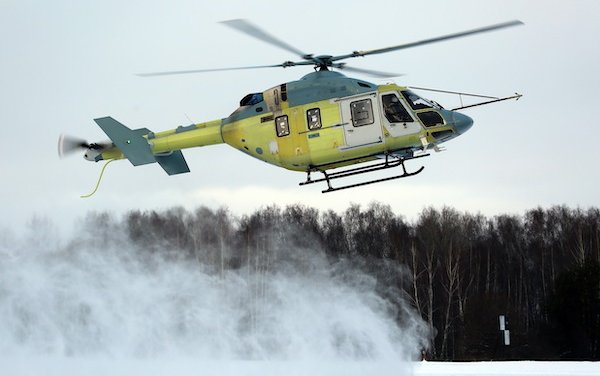 First modernized light multipurpose helicopter Ansat-M completed the maiden flight.The helicopter usies new technical solutions and has improved characteristics. “The modernization of Ansat was carried out within the framework of the contract of the Ministry of Industry and Trade of Russia in 2019-2020. 230 million rubles were allocated from the federal budget for development. The new modification has a number of advantages and is planned for deliveries to regional airlines. I am sure that the new machine will contribute to the solution of tasks to improve the transport accessibility of remote areas of our country, ”said Minister of Industry and Trade of the Russian Federation Denis Manturov.

The helicopter is equipped with an upgraded fuel system, which made it possible to increase the flight range. Due to the modernization of the tail unit, the track stability has been improved. In addition, Ansat-M received the latest avionics, which allows it to fly in zero visibility conditions.

Ansat is capable of performing a wide range of tasks, with great potential for modernization. The new modification received an improved fuel system, it became possible to install an additional tank - as a result, the flight range increased from 505 to 800 km. The proportion of composite materials in the structure has been increased by 15% and is 35%, which made it possible to reduce the weight of the helicopter and improve its flight characteristics. Certification tests of Ansat-M and the first deliveries are scheduled for 2021, "said Anatoly Serdyukov, industrial director of the Rostec aviation cluster.

New blades of the Ansat's tail and main rotor blades with improved aerodynamics are being developed. Their use will increase the ability to maneuver and improve passenger comfort by reducing the noise level in the cabin. The use of new blades will also increase the maximum take-off and landing altitude, cruising speed, dynamic ceiling, and take-off weight. In 2021, the aircraft is planned to be equipped with a new anti-icing system and a 3-channel autopilot for automatic flight.

The launch customer of the upgraded Ansat helicopters will be Polar Airlines. In accordance with the operator's recommendations, a new technical appearance of the helicopter was developed, which implies hangar-free storage of the helicopter, increased flight range, the presence of an anti-icing system and the ability to perform instrument flights. Seven Ansat helicopters will go to the Far North, deliveries will begin in 2021. According to the terms of the contract, all vehicles will carry modern medical modules, ”said Andrey Boginsky, CEO of the Russian Helicopters holding.

Ansat is manufactured at the Kazan Helicopter Plant of the Russian Helicopters holding of the State Corporation Rostec. The design of the helicopter allows it to be quickly transformed into both a cargo and a passenger version with the ability to carry up to seven people. Today, modifications of the vehicle with a medical module and a rescue winch for search and rescue operations have been certified. Ansat can be operated in the temperature range from -45 to +50 degrees Celsius and in high mountain conditions. To date, more than 90 Ansat helicopters have been handed over to Russian customers, of which about 40 are participating in the program for the development of medical aviation in the Russian Federation. They are participating in the development program for medical aviation in the Russian Federation. 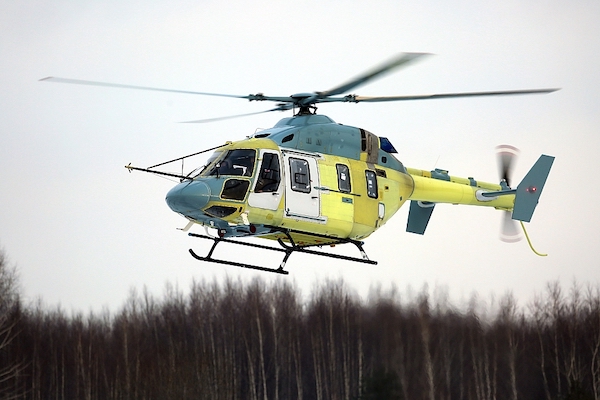 Loading comments for New Ansat-M with increased flight range took off for the first time...