News like this one a faw from being seen too often. Due to the major step in company's development Daher became New Franco-American Aircraft Manufacturer!  Daher acquires Quest Aircraft Company, based in Sandpoint, Idaho, USA, which builds the Kodiak 100. 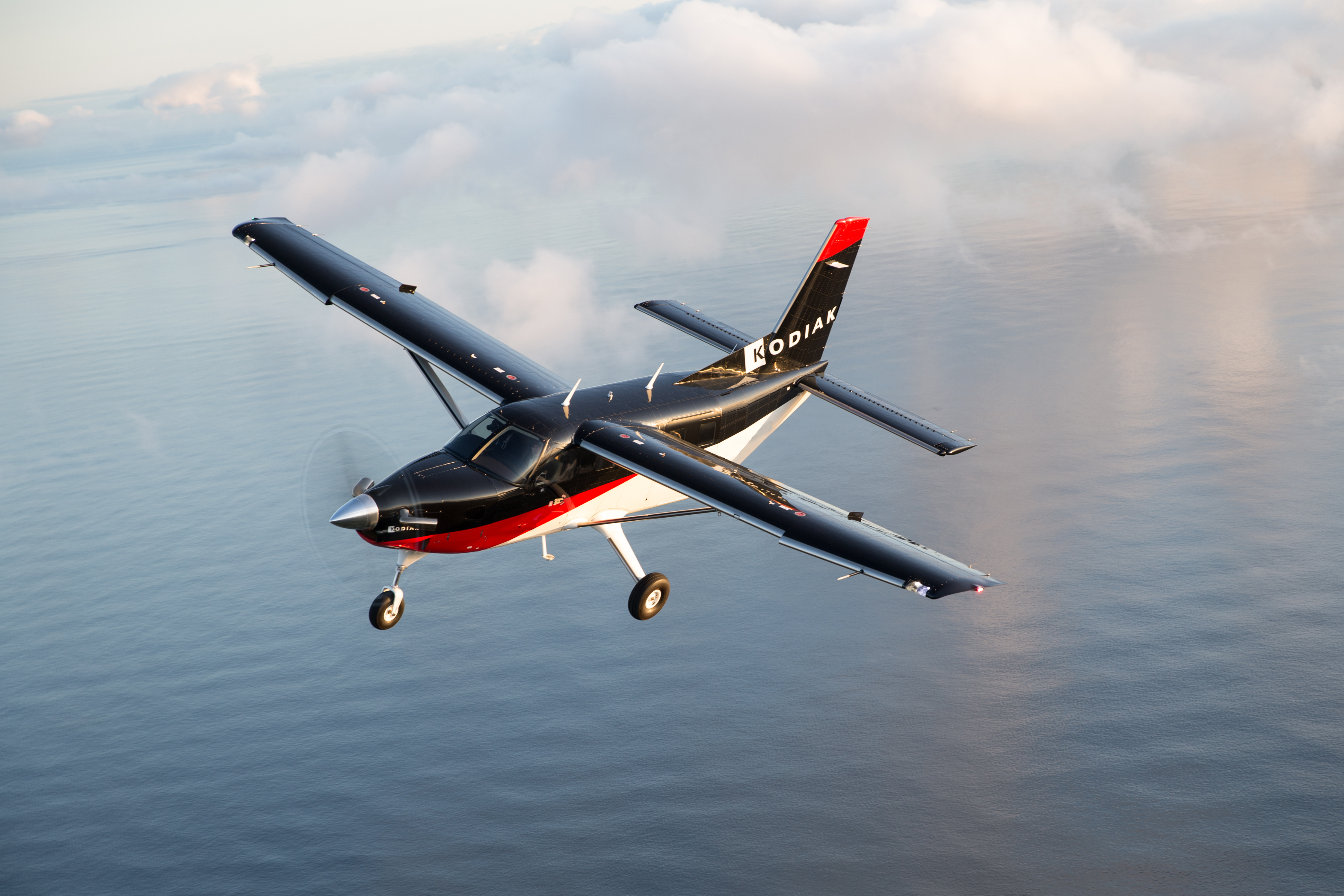 The Kodiak 100 will be exhibited by Daher at the Paris Air Show (June 17-23), Static display area: Location B4.

Through this major acquisition, Daher is enhancing its presence in the general and business aviation segment by offering a wider multi-product range. Already well known for its TBM 910 and TBM 940 very fast turboprop aircraft, Daher's airplane portfolio has now expanded to include the Kodiak 100.

With more than 270 Kodiak aircraft in operation, this all-terrain multi-mission aircraft is used worldwide by air-taxi, recreational and leisure operators, along with businesses, pilot-owners and humanitarian organizations.

"The Quest Aircraft Company's acquisition represents an additional step in our development in the United States and an overall strengthening of our aircraft manufacturing business," said Daher CEO Didier Kayat. "In addition to making Daher the world's seventh largest aircraft manufacturer in business aviation, it provides us with our first industrial site in the United States, thereby reinforcing Daher's position as a Tier-1 aerospace equipment and systems manufacturer, as well as a logistics and services provider. This key acquisition for Daher is perfectly aligned with the strategy of intensifying our company's links with the North American market's leading aerospace players."

In addition to its development and purchasing synergies, the Quest Aircraft Company's acquisition offers excellent commercial, technological and geographical complementarities. With more than 150 years of know-how, Daher now intends to invest in this production platform to offer an enhanced services and sales network.

Daher Chairman Patrick Daher stated: "Quest was built on a foundation of values that are common to our two companies, with a focus on excellence and with the commitment to a high-quality, extremely robust product. As a powerful and maneuverable aircraft – used particularly for humanitarian missions to provide aid to isolated communities – the Kodiak 100 perfectly complements our TBM product range and is fully in line with Daher's long-term vision as a company committed to the future of aviation."

The family-owned Daher Group ultimately plans to develop synergies with the two aircraft product lines, introducing technologies and functionalities for the Kodiak aircraft that have contributed to the successes achieved by the TBM.

"The Kodiak 100 is an aviator's aircraft, just like the members of our TBM family, and we are happy to bring together two communities of passionate pilots and operators with the acquisition of Quest," explained Nicolas Chabbert, Senior Vice President of the Daher Aircraft Business Unit. "We also are particularly pleased to welcome the 240 employees based in Sandpoint, Idaho to the Daher Group."

Robert Wells, the Quest Aircraft Company's CEO said: "The know-how of Quest and Daher opens the potential for rapid growth, with the combined operation becoming a key international player. Our teams share the values for craftsmanship and quality, as underscored by Quest's motto: 'Built by hand in Sandpoint, Idaho.'"

The acquisition's closing is expected to be completed by the end of 2019, subject to approval by the appropriate authorities in both countries.

London City Airport plans to restart commercial operations from the end of June. With more details to be announced alongside airline partners shortly, it is expected that domestic services to key...

Helitrans of Norway has become the first customer to take delivery of new Airbus helicopters using the e-Delivery process devised to enable deliveries while ensuring compliance with COVID-19 health an...