Honeywell announced it is developing a power source for hybrid-electric aircraft, planned for demonstration later this year. At 280 pounds, the Honeywell 1-Megawatt generator weighs about the same as a motor scooter but delivers enough energy to power an entire neighborhood block. This generator will be combined with the Honeywell HGT1700 auxiliary power unit, currently flown on every Airbus A350 XWB, to form a turbogenerator 2.5 times more powerful than the version the company unveiled in 2019.

The new turbogenerator from Honeywell will be able to run on aviation biofuel, including Honeywell Green Jet Fuel, which is chemically similar to fossil fuel but made from more sustainable alternatives, as well as conventional jet fuel and diesel. Honeywell's turbogenerator can be used to operate high-power electric motors or charge batteries and can satisfy missions from heavy-lift cargo drones to air taxis, or commuter aircraft. The first demonstration of this turbogenerator system will occur in the third quarter of 2021, with ongoing development and qualification to follow. 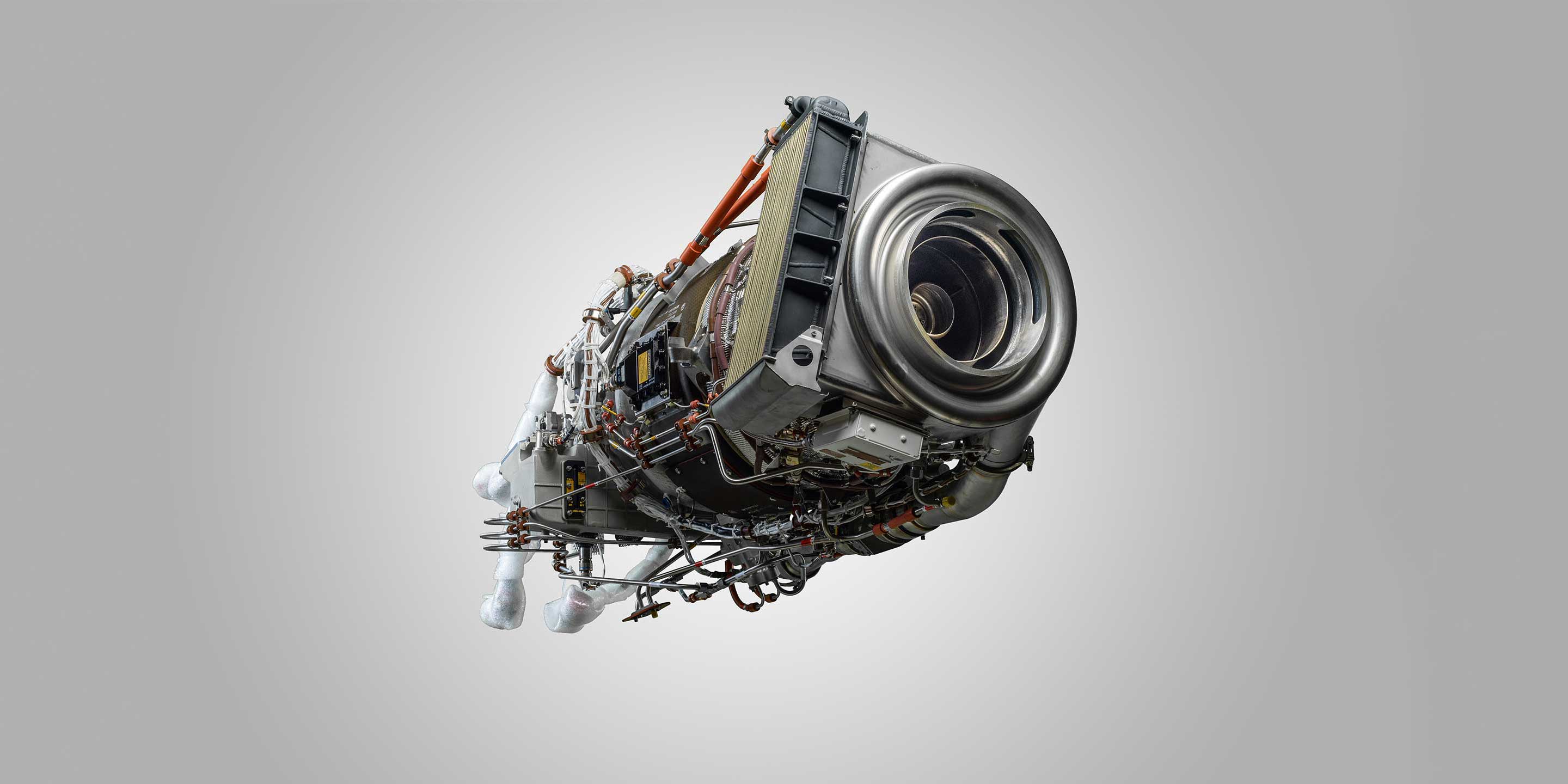 "There is an inherent need for electric and hybrid-electric power as the urban air mobility segment takes shape and unmanned aerial vehicles enter service," said Stephane Fymat, vice president and general manager for Unmanned Aerial Systems and Urban Air Mobility at Honeywell Aerospace. "Our turbogenerators provide a safe, lightweight package to serve these burgeoning segments, and we're designing our solutions to meet the unique needs of customers developing aerial vehicles of the future."

Traditionally, aircraft use fuel-burning engines to mechanically turn rotors, propellers or fans. Many new designs, however, use a distributed electric propulsion architecture, in which many electric motors can be tilted or turned off for vertical takeoff and horizontal flight. A Honeywell turbogenerator can provide electric power for multiple electric motors anywhere on an aircraft.

"Honeywell's unrivaled legacy in the manufacturing of auxiliary power units and larger gas turbine engines gives us the ability to create unique power systems for future vehicles," said Taylor Alberstadt, senior director of Power Systems Business Development at Honeywell Aerospace. "We think the future of aviation will include many new types of propulsion and power systems, and Honeywell is prepared to lead the way in their development."

In December, Honeywell signed a memorandum of understanding with British startup Faradair Aerospace to collaborate on systems and a turbogeneration unit that will run on sustainable aviation fuel to power Faradair's Bio Electric Hybrid Aircraft (BEHA). Faradair intends to deliver 300 hybrid-electric BEHAs into service by 2030, of which 150 will be in a firefighting configuration. Honeywell is in advanced discussions with several other potential turbogenerator customers, working to help define power requirements based on mission profiles required by various manufacturers.

Honeywell unveiled its first turbogenerator for urban air mobility (UAM) at the 2019 HAI HELI-EXPO in Atlanta. It combined Honeywell's HTS900 turboshaft engine with two 200-kilowatt generators. Since then, the company continues to grow its role in the UAM segment, highlighted by advancements in electric and hybrid-electric propulsion systems.

Honeywell is a major player in the emerging UAM segment, offering a full line of avionics, propulsion and operational systems—all tailored for piloted and autonomous vertical take-off and landing UAM and cargo vehicles. Honeywell also offers aerospace integration and certification expertise for enabling the commercialization of these vehicles.

Honeywell pioneered the sustainable aviation fuel market with its UOP Ecofining process. Honeywell Green Jet Fuel produced by this process is blended seamlessly with petroleum-based jet fuel at commercial scale. When used in up to a 50% blend with petroleum-based jet fuel, Honeywell Green Jet Fuel requires no changes to aircraft technology and meets all critical specifications for flight.

SkyDrive and Pacific Group have signed an MoU and agreed on a pre-order of 10 of SkyDrive’s “SD-05” and a conditional pre-order option up to 90 flying vehicles. Pacific Gro...

Icarus Jet has launched an all-inclusive international trip support package for midsize private aircraft, aimed at private jets with a maximum takeoff weight of 16,631 to 47,999 LBS, which i...