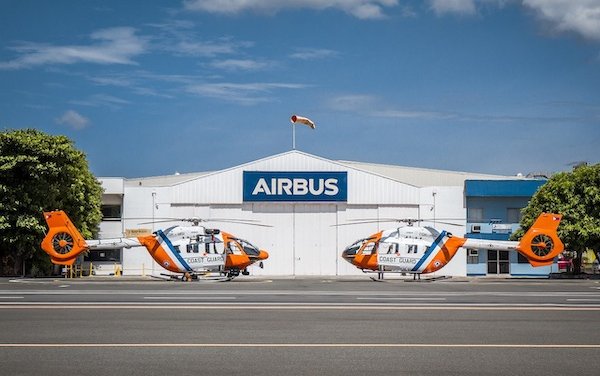 “Having led numerous operations in the country for many years, we are very happy to be the first in the Philippines to introduce the H145 for parapublic missions,” said Captain Philipps Y.Soria, Commander of Coast Guard Aviation Force at the agency’s 119th anniversary celebrations where the second H145 was commissioned. “Our work is ever-evolving, and we need an aircraft that can keep up with a wide range of requirements. We appreciate the H145’s versatility, endurance, and reliability in all conditions.”

“Philippine Coast Guard and Airbus go a long way back since the agency’s first BO105 in 1975. We are delighted that the coast guard has chosen the H145 to strengthen their parapublic fleet. The first H145 helicopter already operated by the coast guard, has proven itself and had taken on numerous humanitarian missions, including the delivery of personal protection equipment and essential supplies to frontliners in the Coast Guard District in Negros Occidental, a province located in the Southern Visayas, earlier in March in the fight against COVID-19. We are also happy to know that this second H145 has undertaken its first surveillance mission recently,” said Lionel de Maupeou, Managing Director of Airbus Helicopters Philippines.

“We believe that this high performing light-twin helicopter, with its outstanding mission capability, flexibility and operational excellence, will be a perfect fit for Philippine Coast Guard’s most demanding and critical missions. Airbus remains strongly committed, with the support of our in-country team based in Manila, in ensuring the fleet’s high availability for all missions,” he added.

The H145 is the unbeaten market leader for emergency medical services and rescue missions, thanks to its spacious, unobstructed cabin that was specifically designed to meet the requirements set by national regulatory agencies. The quietest in its class and equipped with state-of-the-art Helionix avionics suite, this twin-engine helicopter offers exceptional performance along with upgraded main and tail rotor systems. This guarantees an unprecedented level of performance in both hover and one-engine inoperative conditions.In the Philippines alone, there are currently six H145 helicopters deployed mainly for business aviation purposes. Globally, more than 1,400 units are currently in service, achieving more than 5.9 million flight hours.