The Rolls-Royce Trent 1000 TEN, which will power all variants of the Boeing 787 Dreamliner, has been granted full flight certification from the European Aviation Safety Agency (EASA). This important milestone comes as the first set of passenger engines are delivered to the Boeing facilities in Seattle, ready for entry into service later this year.

The Trent 1000 TEN (Thrust, Efficiency and New Technology) incorporates technologies from the Trent XWB and Advance engine programmes to deliver improved thrust and efficiency as well as contributing to the Boeing 787 Dreamliner having half the noise footprint of previous-generation aircraft.

Earlier this year the Trent 1000 engine celebrated a hat trick of firsts when it powered the first flight of the Boeing 787-10 Dreamliner, having powered the first flights of the 787-8 and the 787-9. More recently the Trent 1000 TEN powered an 18 hour test flight during which a Boeing 787-8 Dreamliner test aircraft drew a giant outline of the plane across the United States.

Dave Taylor, Rolls-Royce, Chief Engineer for Trent 1000, said: “This marks another critical step in our journey towards delivering additional capability and new technology for the Boeing 787 Dreamliner. We would like to thank Boeing and EASA for their dedicated focus in helping us reach this goal and we look forward to the engine entering into service later this year.” 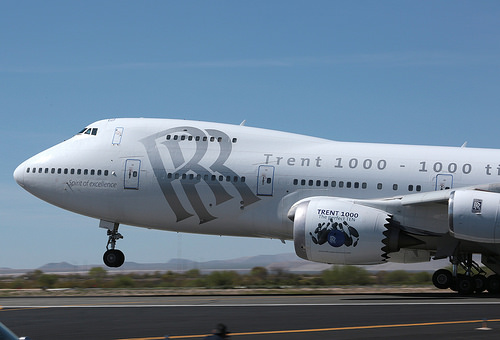 A network of 59 destinations from June until August: Brussels Airlines

Last week Brussels Airlines announced that it will restart its commercial flights from its hub at Brussels Airport on 15 June. Based on market demand and ongoing travel restrictions, the airline will...

Ryanair welcomed new EU guidelines to ensure that Europe’s citizens can return to flying within the European Union in the coming weeks in a manner that best protects their health and the he...

We are keeping you informed regarding new measures commercial airlines are introducing in order to ensure maximum sanitary protection for passengers and crew. What is happening in business a...

TECNAM announced the introduction of a new player into the General Aviation arena. With the Type Certificate expected by July, the P2010 TDI has been one of the most secret development programs ever!&...