For the first time, Safran Helicopter Engines has run an Arrano engine using 38% of sustainable aviation fuel (SAF) at its Bordes plant in SW France. This biofuel was produced from used cooking oil. The ground run marks the first step of a strategy to deploy SAF in engine test cells at all Safran Helicopter Engines plants. By the end of the year, the manufacturer plans to use at least 10% SAF at all its French facilities.

This milestone comes two weeks after Safran Helicopter Engines marked the first flight of a rescue helicopter using biofuel. An Airbus H145 of ADAC Luftrettung operated its twin Arriel 2E turbines on a mixture of 40 % biofuel and conventional Jet-A1. Safran Helicopter Engines and ADAC have agreed to continue studying biofuel usage on a daily basis with an helicopter based at Cologne. In parallel the manufacturer plans to conduct similar tests with other helicopter operators.

Franck Saudo, Safran Helicopter Engines CEO, commented, “reducing CO2 emissions is a collective responsibility that has been embraced by the women and men of Safran. By introducing SAF, and specifically biofuel, to helicopter operators and at our plants, we are reducing CO2 emissions at both. I am proud that once again, Safran has taken the lead in aviation decarbonization”.

Safran engines are already fully certified to operate on up to 50% sustainable fuel, including biofuel. The OEM’s ambition is to obtain a 100% biofuel approval by 2023. Emiting much less carbon throughout their entire life-cycle, these fuels could help reduce aviation CO2 emissions by up to 80%. 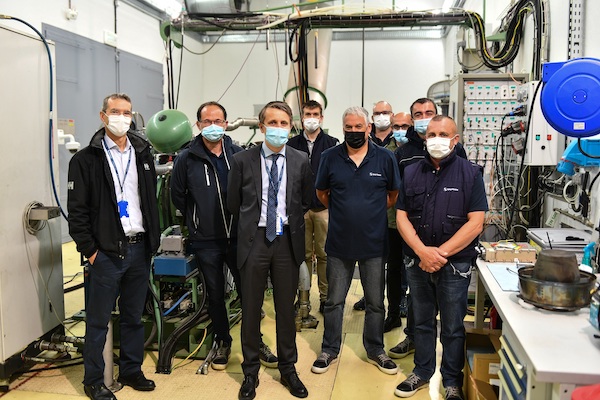