Airbus Chief Technology Officer Grazia Vittadini and Airbus Defence and Space CEO Dirk Hoke have officially opened the E-Aircraft Systems House test facility at Airbus’s Ottobrunn site alongside Ilse Aigner, President of the Bavarian State Parliament. The test centre will provide a space to research technologies for alternative propulsion systems and energy sources – such as electric motors for unmanned aerial vehicles, hybrid propulsion systems and hydrogen for combustion or synthetic fuel use. The building, which allows complete systems to be integrated and tested, is the first test centre of its kind worldwide.

Grazia Vittadini said: “The E-Aircraft Systems House represents a real competitive advantage for Airbus. With its 3,000 m2 test area, we now have the infrastructure to move the transition to emission-neutral flight forward at an even faster pace.” 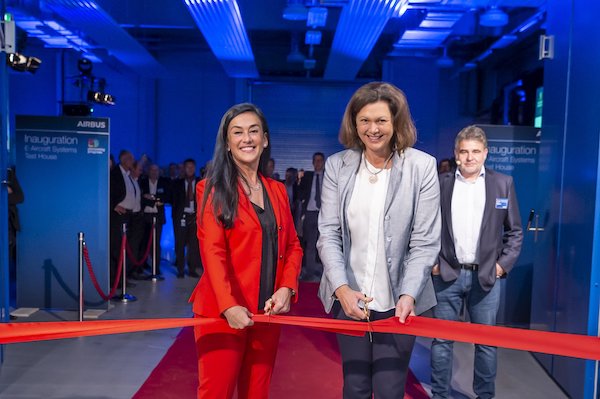 At the E-Aircraft System (EAS) House, Airbus is pushing alternative “eco-friendly” propulsion technology to the limit. Here, the E-Fan X’s electric motor will undergo rigorous testing in preparation for the demonstrator’s first flight in 2021.

In Ottobrunn, southern Bavaria—about 13 kilometres from Munich, the beginnings of a revolution in aircraft technology are starting to take shape. In just 18 months, a modern, high-tech facility has sprung from the ground in record time.

But this is no ordinary facility: at more than 3,000 m2 , it is the largest test house dedicated exclusively to alternative propulsion systems and fuels in Europe. In fact, NASA in the US is the only other organisation in the world to offer comparable facilities. This means Airbus can now test the latest electric motors and hybrid-electric engines directly on its own premises, and develop its own low-emission alternative propulsion units.

EAS House is where we put the engines through their paces. We can test everything from electric motors for unmanned flying taxis to hybrid-electric engines for the commercial aircraft of the future. 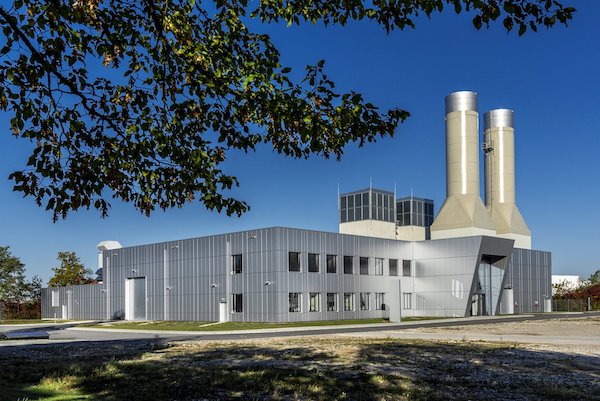 Known as the E-Aircraft System House (EAS), this modern test centre is about the size of ten tennis courts. The multi-purpose integration hall will welcome fuselages and wings, propulsion units, cables and avionics—all of which need to be tested.

“This is where we put the engines through their paces,” explains Martin Nüsseler, Head of E-Aircraft Systems. “We can test everything from electric motors for unmanned flying taxis to hybrid-electric engines for the commercial aircraft of the future.”

The EAS House is a €50-million investment with one clear goal: to develop the in-depth expertise on the alternative propulsion technology needed to help the first generation of zero-emission commercial aircraft take to the skies within the 2030s timeframe.

E-Fan X: the flagship project at the EAS House

And that objective is already on the right track. At the EAS House, the E-Fan X is the flagship project. Airbus is developing the E-Fan X to accelerate progress on hybrid-electric technology and to establish the requirements for future certification of zero-emission commercial aircraft.

In early 2020, Rolls-Royce will deliver the electric motor that will replace one of the four gas turbines installed on the test aircraft—a BAe 146. The electric motor will be equipped with 2 MW of power. 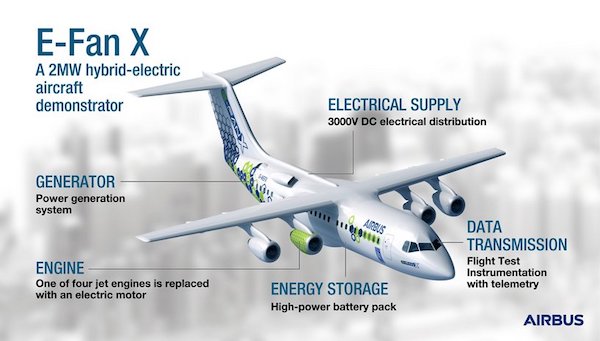 Once the electric motor arrives, it will undergo rigorous testing. This starts with mounting the electric motor on one of the EAS test rigs, applying the required sensors and installing cameras to monitor progress. The testing will be extensive but necessary to prove the viability of the electric motor’s capabilities in preparation for the E-Fan X’s first flight, scheduled for 2021.

“Is 2 MW enough power? How will altitude and speed affect this power?” asks Olivier Maillard, E-Fan X Demonstrator Lead. “We need to find solutions to both of these questions, and the EAS House will help us to do so.” 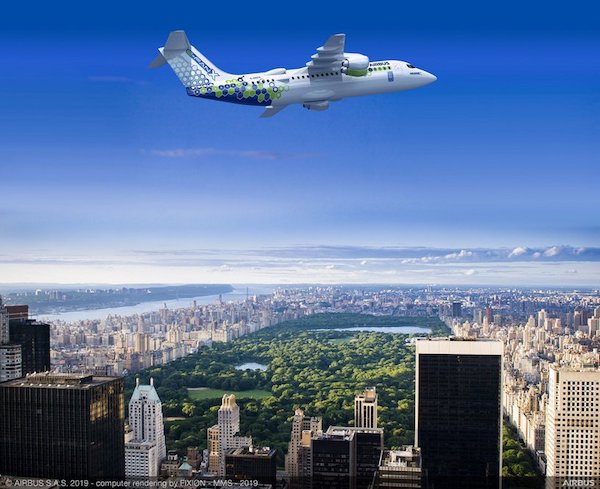 A “tipping point” for zero-emission flight?

For Airbus, the EAS House now stands as a brick-and-mortar example of the company’s commitment to zero-emission flight. In 2010, Airbus embarked on its electrification journey for commercial aircraft—developing the world’s first all-electric, four-engine aerobatic aircraft, Cri-Cri. A number of other key achievements have underscored this journey throughout the years—from the E-Fan’s successful crossing of the English Channel to the launch of the Air Race E electric airplane racing series.

But if the company’s successive electrification projects have helped to gradually change minds on the potential of electric flight, Airbus hopes the EAS House will mark a “tipping point” for the aviation industry to see alternative propulsion as a serious and viable technology that can be widely adopted.