The Next Evolution: Unique Method to Reduce Aircraft Weight Developed at NUST MISIS

Russian scientists and engineers from NUST MISIS have managed to find a way to reduce the weight of aircraft engine parts by 20%. According to experts, this weight reduction is fundamental for the aircraft, becoming a ton lighter. This weight reduction was made possible with the introduction of a new manufacturing technology-a bionic bracket by laser extension from the powder of a Russian titanium alloy. A pilot batch of the innovative brackets has already been successfully tested.

In the aircraft industry every kilogram counts; even a small reduction change in a machine`s weight allows it to significantly raise its efficiency and improve its flight characteristics. A new technology to manufacture aircraft engine parts that can reduce the weight of the product by 20% has been developed at NUST MISIS. To produce advanced aircraft engine brackets, scientists and engineers took advantage of the latest ideas of modern materials science and aircraft engineering.

"The uniqueness of the product lies in the fact that the shape of the bracket was designed using computer topological optimization (a special approach to the design which allows us to find the best distribution of the material in a given area for a given load and conditions), as well as bionic design," said Andrey Travyanov, head of the project and head of the NUST MISIS College of Environmentally Sound Technologies & Engineering.

The optimization of the bracket's shape makes producing it by traditional methods such as casting much more complicated, rendering those methods useless. Thus, the only solution is to use additive technologies of layer printing by metals, in particular, the so-called selective laser melting.

Researchers from the NUST MISIS Laboratory for Hybrid Additive Technologies have conducted a number of studies that have allowed them to discover the technological parameters for 3D cultivation of complex products from titanium. This opens up the possibility for bionic design, so the titanium products' properties meet the All Union State Standards requirements to cast titanium parts. In addition to the radical weight reduction, scientists have managed to achieve a significant reduction in production cost by saving expensive powder for 3D printing.

"The developed technology of titanium products made with bionic design, in addition to reducing the weight of the parts, can also dramatically reduce the powder consumption when printing," added Pavel Petrovsky, lab researcher and associate director of the NUST MISIS College of Environmentally Sound Technologies & Engineering.

The pilot batch of innovative brackets was successfully manufactured at one of the Russian aircraft factories and has already passed the bench test that proved the quality of the parts by meeting the All Union State Standards' requirements.

"For the aircraft engines` designer to reduce its weight even by a hundred grams is a great achievement. But the beauty of the proposed technology is not only in the huge reduction in the products` weight, but also in that it allows [scientists] to develop new designs with unprecedented speed," said Pavel Alikin, aviation metallurgy specialist andassociate professor at the Department of Casting at Ufa State Aviation Technical University.

In particular, researchers managed to completely design the bracket that is now undergoing testing - from the idea to production documentation - in just a week. Before this development, according to Alikin, that process would have taken at least six months.

The reduction of the parts' weight by 20% doesn't mean that the weight of the entire engine was also reduced by 20%. But according to the experts, additive technologies will facilitate engines becoming at least 10% lighter-a great number. That would save 200-250 kg on each aircraft engine, making planes lighter by up to a ton overall.

Alikin believes that the aircraft industry can start the serial production of aircraft engines with parts made using additive technologies in just three years. 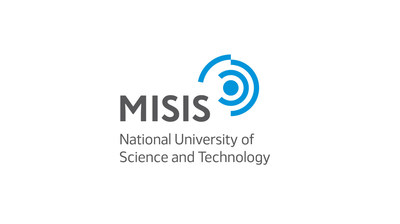 Loading comments for The Next Evolution: Unique Method to Reduce Aircraft Weight Developed at NUST MISIS...

TAG Aviation welcomes a new Gulfstream G600 and a new Bombardier Global 7500 to its Asia fleet in the fourth quarter of 2020. TAG Aviation is one of the few operators in the region managing the two ne...