Virgin Galactic’s SpaceShipTwo, VSS Unity, landed from her maiden spaceflight to cheers from Richard Branson and the teams from Virgin Galactic and The Spaceship Company. History has been made .

Not only is this the first human spaceflight to be launched from American soil since the final Space Shuttle mission in 2011, but the very first time that a crewed vehicle built for commercial, passenger service, has reached space.

The historic achievement has been recognised by the Federal Aviation Administration (FAA) who announced today that early next year they will present pilots Mark “Forger” Stucky and Frederick “CJ” Sturckow with FAA Commercial Astronaut Wings at a ceremony in Washington DC.  CJ, as a four-time Space Shuttle pilot, will become the only person to have been awarded NASA and FAA wings. 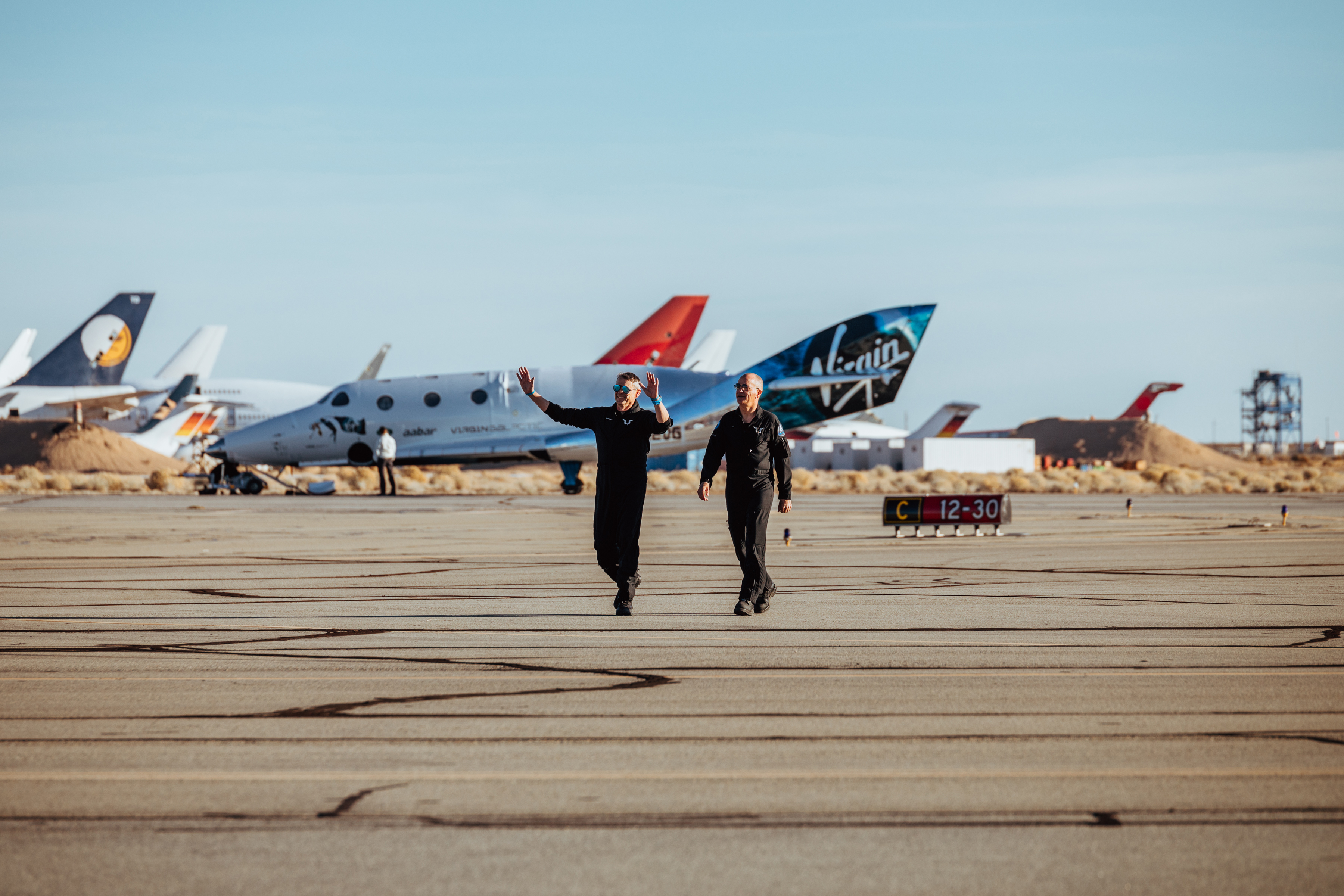 The spectacular spaceflight, which was witnessed by a large crowd of staff and their families, as well as special guests and media, saw a 60 second planned rocket motor burn which propelled VSS Unity to almost three times the speed of sound and to an apogee of 51.4 miles.

As VSS Unity coasted upwards through the black sky and into space, Virgin Galactic Mission Control confirmed the news and congratulated the two astronaut pilots: “ Unity, Welcome to Space”.

After a Mach 2.5 supersonic re-entry into the atmosphere, which utilised Unity’s unique “feathering” configuration, Forger and CJ guided the spaceship down to a smooth runway landing and an emotional homecoming welcome. 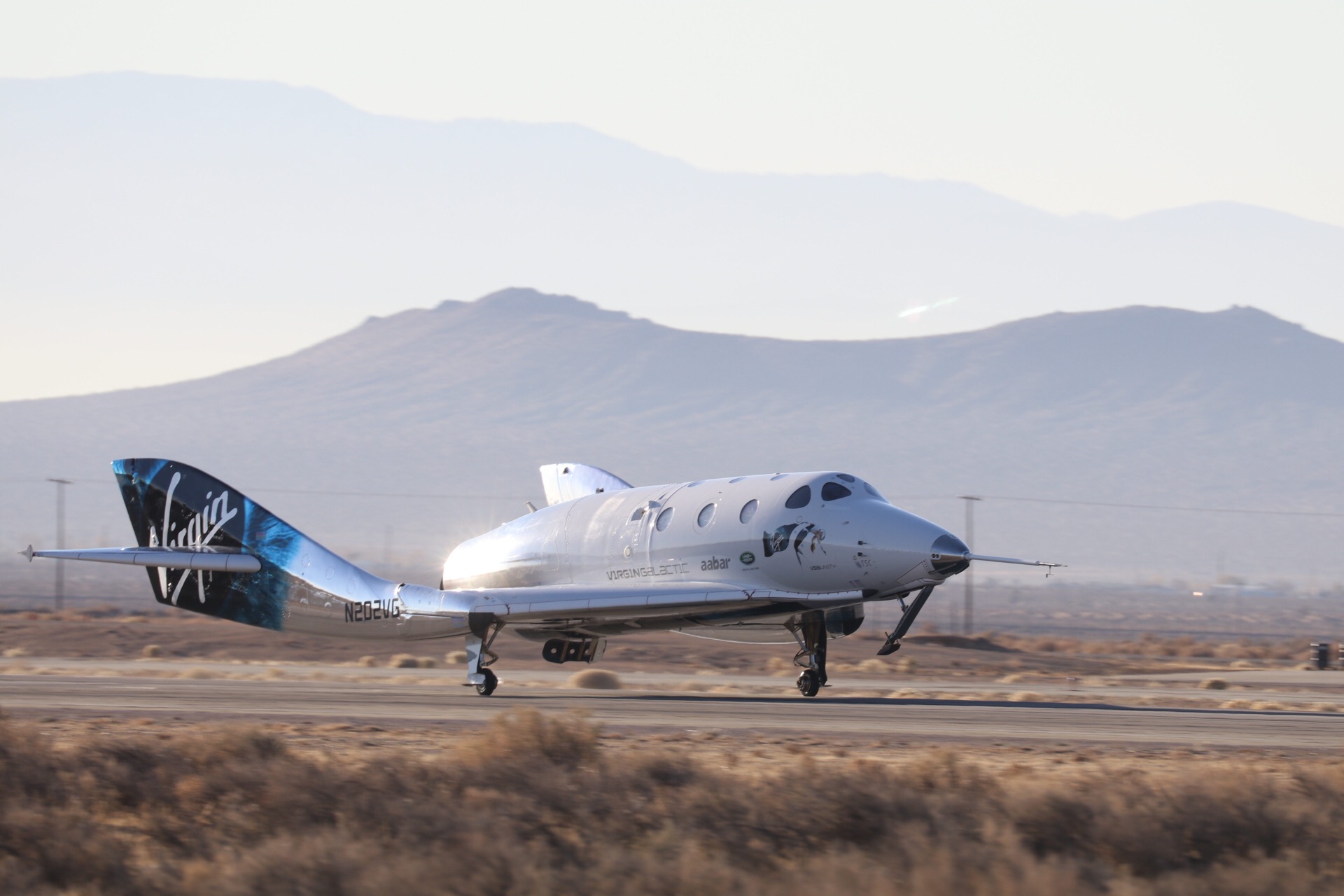 Commenting from the flight line Richard Branson said: “Many of you will know how important the dream of space travel is to me personally. Ever since I watched the moon landings as a child I have looked up to the skies with wonder. We started Virgin nearly 50 years ago dreaming big and loving a challenge. Today, as I stood among a truly remarkable group of people with our eyes on the stars, we saw our biggest dream and our toughest challenge to date fulfilled. It was an indescribable feeling: joy, relief, exhilaration and anticipation for what is yet to come.

“Today, for the first time in history, a crewed spaceship, built to carry private passengers, reached space. Today we completed our first revenue generating flight and our pilots earned their Commercial Astronaut Wings. Today, we have shown that Virgin Galactic really can open space to change the world for good. We will now push on with the remaining portion of our flight test program, which will see the rocket motor burn for longer and VSS Unity fly still faster and higher towards giving thousands of private astronauts an experience which provides a new, planetary perspective to our relationship with the Earth and the cosmos. This is a momentous day and I could not be more proud of our teams who together have opened a new chapter of space exploration.”

George Whitesides, CEO of Virgin Galactic and The Spaceship Company, said: “What we witnessed today is more compelling evidence that commercial space is set to become one of the twenty-first century’s defining industries. Reusable vehicles built and operated by private companies are about to transform our business and personal lives in ways which are as yet hard to imagine. New enterprises are being created which will become hugely valuable, while enabling humanity to better manage some of its greatest future challenges. Today was a remarkable achievement brought about by the skill, dedication and support of our shareholders, staff, customers, partners and many other stakeholders. We extend our congratulations and thanks to each and every one of them.” 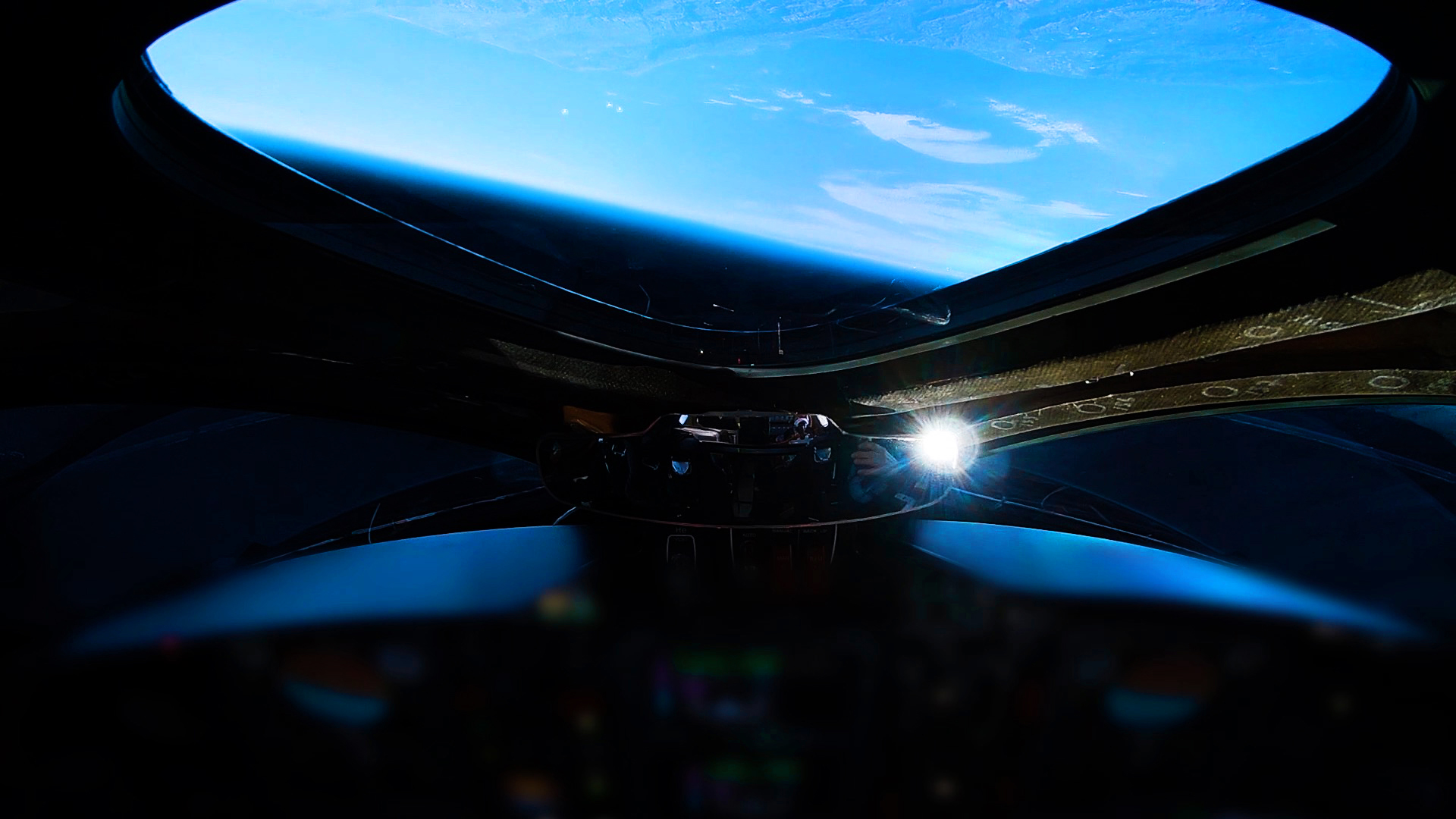