VoltAero has chosen the France Air Expo trade fair to present, for the first time to the public, its Cassio hybrid-electric aircraft.

The aircraft will be offered in three versions that can accommodate four to ten seats, each of which shares a high degree of modularity and similarity.

"We are particularly proud to welcome the Cassio as a world premiere at the 2021 edition of the France Air Expo. VoltAero is a French company, based in Nouvelle-Aquitaine, demonstrating, if it is still needed, that our aviation industry is ready to meet the challenge of the aviation of the future.

France Air Expo, which will open its doors on June 17-18-19, 2021 at Lyon-Bron airport, will also offer conferences on the themes of the aircraft of the future, among others.

Seating from four to 10 persons, Cassio will have a flight duration of at least 3.5 hours – providing a highly-capable and reliable general aviation platform for private owners, air taxi/charter companies, commercial flights for point-to-point regional travel, and for use in other utility-category (cargo, postal delivery, Medevac) applications.

It will be certified to Europe’s EASA CS23 certification specification as a single-engine, general aviation category aircraft, and is designed from the start for a low cost of ownership.

Initial deliveries are targeted for 2023, beginning with the four-seat Cassio 330 version. 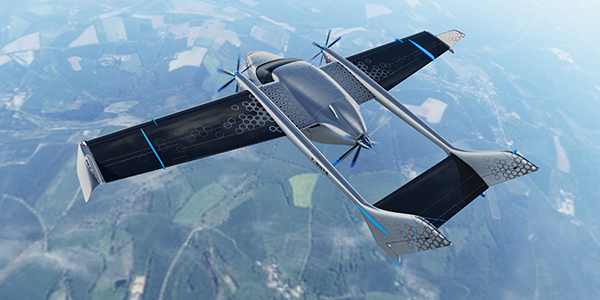 Loading comments for VoltAero Cassio will be presented to the public for the first time at the France Air Expo...