Cebu Pacific’s A330neo aircraft will be a higher capacity version of the A330-900, with 460 seats in single class configuration. The airline also becomes one of the launch airlines for the A321XLR, which will be able to fly nonstop from the Philippines to destinations as far afield as India and Australia. The A320neo aircraft announced today will be the first of the type to feature 194 seats in a single class layout.

Selected for their outstanding operational efficiency, comfort and increased range, these new-generation aircraft will allow Cebu Pacific to further expand its Asia-Pacific network and position itself even more competitively.

The A320neo and A321XLR are members of the A320 Family incorporating the very latest technologies, including new generation engines and Sharklets, which together deliver fuel savings of 20 percent. At the end of May 2019, the A320neo Family had received more than 6,500 firm orders from over 100 customers worldwide. 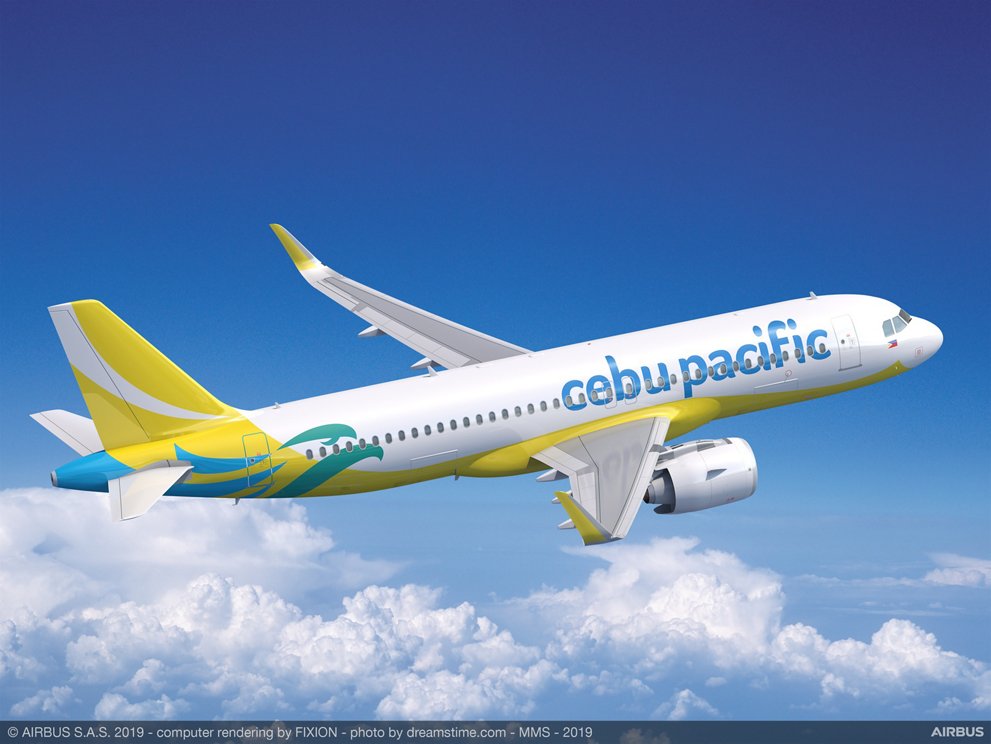 The A321XLR is the next evolutionary step from the A321LR which responds to market needs for even more range and payload, creating more value for the airlines. From 2023, it will deliver an unprecedented Xtra Long Range of up to 4,700nm – 15 percent more than the A321LR and with 30 percent lower fuel burn per seat compared with previous generation competitor aircraft. 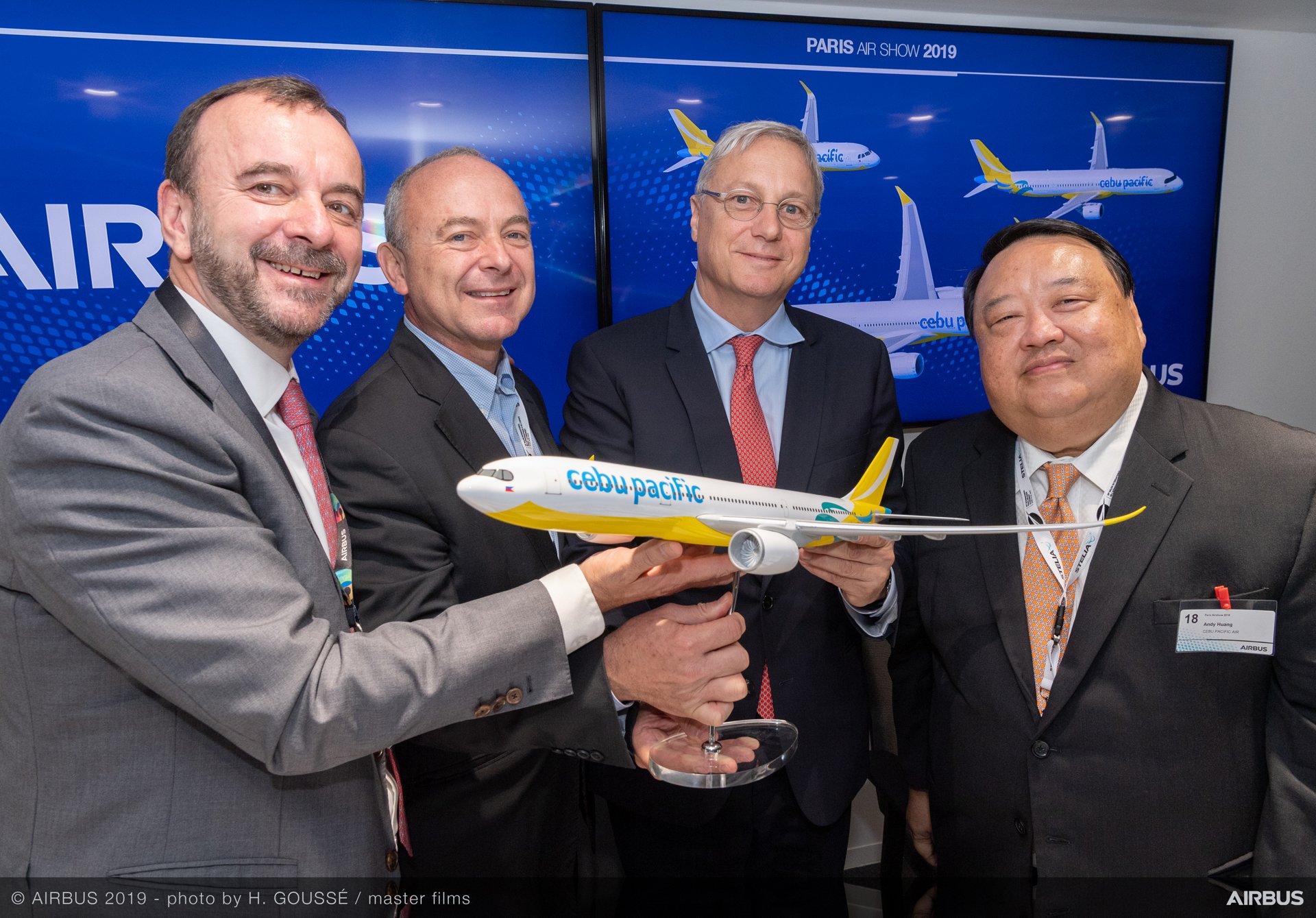 The A330neo Family is the new generation A330, comprising two versions: the A330-800 and A330-900 sharing 99 percent commonality. It builds on the proven economics, versatility and reliability of the A330 Family, while reducing fuel consumption by about 25 percent per seat versus previous generation competitors and increasing range by up to 1,500 nautical miles, compared to the majority of A330s in operation.

The A330neo is powered by Rolls-Royce’s latest-generation Trent 7000 engines and features a new wing with increased span and new A350 XWB-inspired Sharklets. The cabin provides the comfort of the new Airspace amenities including state-of-the-art passenger inflight entertainment and Wifi connectivity systems. 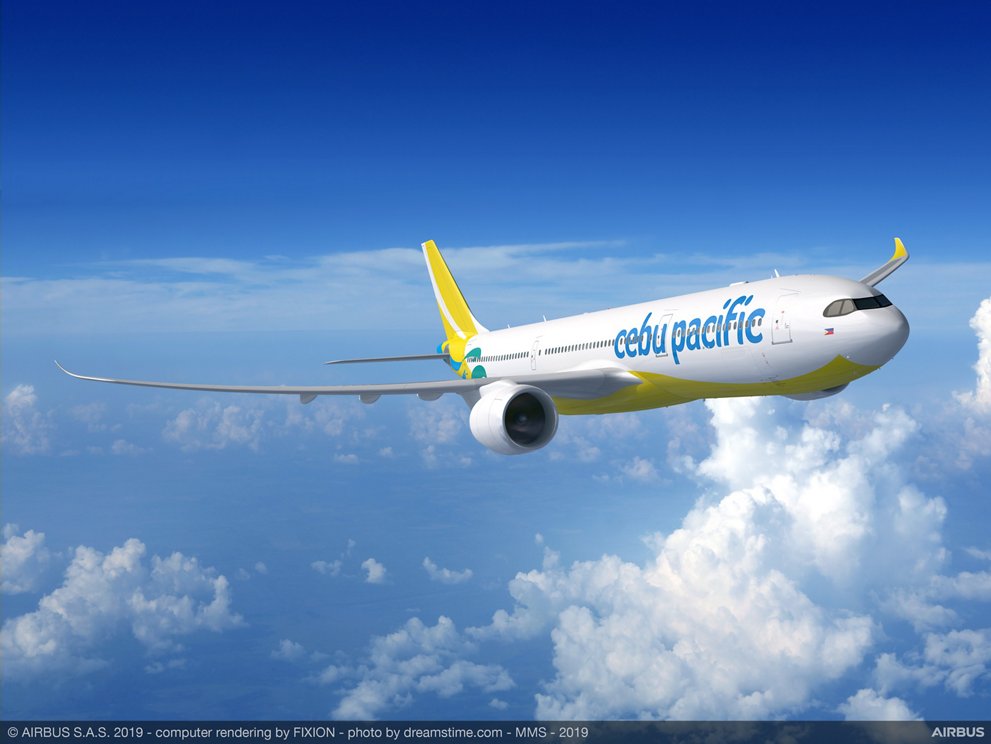