Etihad Airways, the national airline of the United Arab Emirates, has been named ‘Best Airline in Social Care’ at the SimpliFlying Awards 2018. The airline was also highly commended in the ‘Best Use of Influencers’ category.

The awards recognise excellence and innovation in social media and marketing campaigns in the aviation industry. Winners were announced last week at a special ceremony held in London during the Aviation Festival – the world’s leading aviation business and technology congress and expo.

Tim Burnell, Etihad Airways Vice President Marketing, said: “Winning these important awards is testament to our continued commitment to greater customer care across all media channels. We know our guests value being handled with speed, empathy and compassion. And in a time where guest interaction is being increasingly handled by machines, continuing to bring a genuine and human touch to this process is an essential part of our philosophy. This is evident in the high satisfaction rates we are seeing.

“As social media continues to become an ever-increasing component of the customer journey, we will continue to innovate and embrace new technologies in an effort to make customer care on social media a simpler and more enjoyable experience.”

Etihad Airways maintains one of the industry’s quickest average response times to customer queries on social media, and one of the highest customer satisfaction rates.

Shashank Nigam, Founder and CEO of SimpliFlying, said: "In the age of social media, customer care is the brand. It is heartening to see that Etihad Airways has put its customers first with a proactive customer service approach and empowered staff."

The commendation for ‘Best Use of Influencers’ is given to airlines that are able to leverage influencer marketing on social media to create meaningful interactions with relevant audiences.

“We apply the same approach to influencer engagement, as it forms a critical part of any modern digital marketing strategy. We continuously strive to ensure we partner with influencers our customers can connect with in genuine and authentic ways, showcasing experiences only we can provide,” adds Mr. Burnell.

Beyond working with traditional influencers, Etihad Airways also engaged with more unexpected and unique individuals in the past year. This has included Sophia, the world’s most advanced artificially intelligent robot. The airline arranged for Sophia, a Saudi citizen and the only Artificial Intelligence to hold citizenship of a country, to join local UAE influencer, Khaled Al Ameri, for a mad-cap adventure through the iconic sites of Abu Dhabi.

Etihad Airways also worked with the young ‘Captain Adam’, who stole the hearts of millions of viewers around the world with his knowledge of aviation in the cockpit of an Etihad aircraft. The video, shot by the aircraft’s pilot, quickly went viral. Inspired by the pint-sized prodigy, Etihad Airways invited Adam for the experience of a lifetime, flying in the commanding seat of an Airbus A380 simulator at its headquarters in Abu Dhabi. The resulting film was one of most successful social media videos released by an airline in 2017. 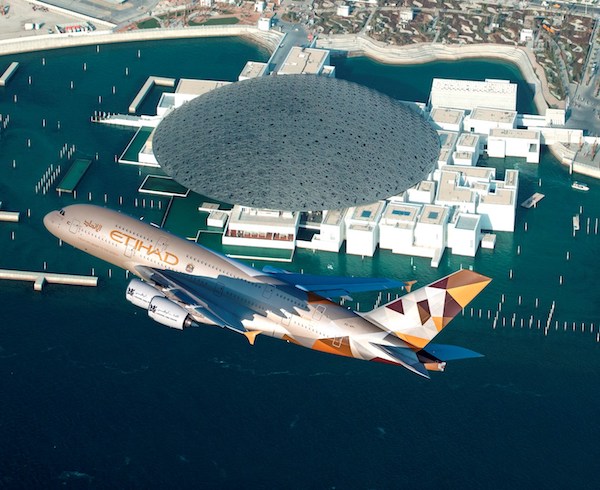 easyJet has launched a virtual pilot school visits programme as part of its Amy Johnson Initiative to encourage more girls to become an airline pilot. Teachers, schools and parents can request a...