CDP collects data on climate change measures by companies and assigns ratings between "A" and "D-". In 2019 a total of 8,361 companies around the world submitted data to the organization. With an A- rating, Munich Airport is among the top 8% in its category, thus scoring well above average among its international peers.

With the positive assessment, CDP has again recognized the airport's determined and long-standing efforts to decarbonize its operations. Through numerous innovative measures, Munich Airport ensures environmentally responsible, resource-conserving airport operations as it gradually moves towards net zero carbon status. By 2030, the airport expects to reduce its total emissions by 60 percent through its own efforts. The remaining 40 percent will be eliminated through appropriate offsetting measures, preferably through climate protection projects in the airport region. It is investing a total of 150 million euros in this ambitious climate protection program. Munich Airport intends to achieve net zero carbon emissions by 2050.

Welcoming the announcement, Jost Lammers, the CEO and President of Munich Airport, said, "Our CDP score confirms that we are on the right track to successfully implement the Net Zero 2050 resolution of Airports Council International (ACI) Europe in line with the Paris Agreement and the EU climate neutrality target."

Among the measures in support of the target was the retrofit of the airport's ramp lighting with energy-saving LED technology at a cost of 2 million euros. With 185,000 LEDs positioned in around 1,900 luminaires mounted on masts up to 34 meters tall, the project created one of the world's largest high-mast LED installations. The resulting savings in CO2 emissions amount to approximately 3,000 tons per year.

The results of the latest study released by the CDP are available here: www.cdp.net 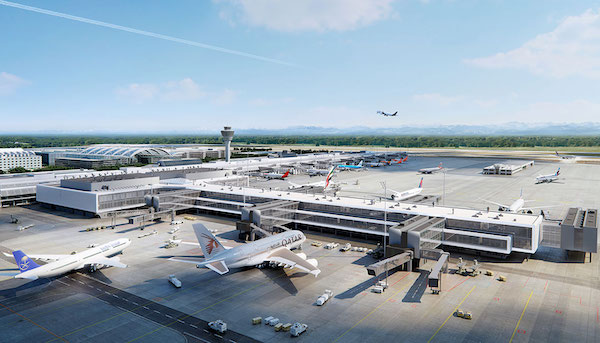