Former NASA astronaut, commercial airline pilot and professor Dr. Byron K. Lichtenberg has concluded a detailed evaluation of Tamarack’s revolutionary Active Winglet technology, and has made the evaluation available to the public. Overall, Dr. Lichtenberg concluded that “due to the synergies inherit in wingspan increase and winglets, plus an active load alleviation system, performance gains are notable. While the actual increases are dependent on the aircraft, mission, and flight profile, field experience has shown up to a 33 percent decrease in fuel burn in CitationJets. While the benefits for large turbojet aircraft will be in the 12 percent to 18 percent range, it is still considered significant.”

“After many news media outlets reported substantial benefits realized on more than 100 aircraft operating with Tamarack’s Active Winglets, there were requests for an objective and reputable third-party aerospace expert to review Tamarack’s Active Winglet’s capabilities,” says Tamarack CEO and Founder Nicholas Guida, “We are very pleased that Dr. Lichtenberg affirms the unparalleled benefits of our revolutionary autonomous and instantly reactive to turbulence Active Winglet technology.”

“Tamarack’s patented “Active Winglets” are the next generation winglets because they incorporate a dedicated load alleviation system that allows for not just a winglet, but an extension too - so aspect ratio is increased both geometrically and aerodynamically. This allows for a major aerodynamic efficiency increase on an existing fleet of aircraft without requiring major structural reinforcement and weight” says Dr. Lichtenberg.

You can read Dr. Byron K. Lichtenberg’s full evaluation of Active Winglets and more of his biography and association with Tamarack here.

Tamarack CEO and Founder Nicholas Guida invented Active Winglets, and along with the Tamarack team, refined the first of its kind and the only Active Winglet technology enabling aircraft to use less fuel, fly further, and increase safety margins with greater payloads and a more sustainable carbon footprint. Active Winglets are installed on more than 100 jets, demonstrating Tamarack’s continued growth and global leadership in winglet technology and aviation Sustainability. 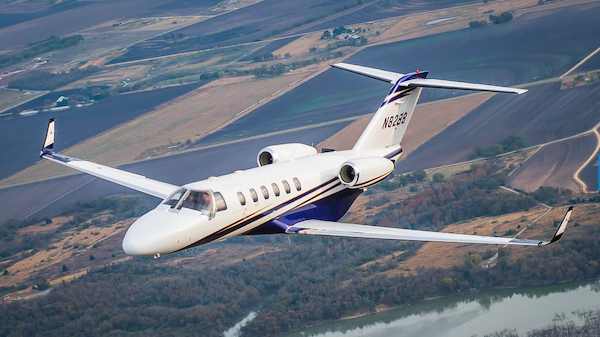