Tamarack Aerospace applauded Bob Briggs winning the Tennessee Pilot of the Year, for the second consecutive time … a highly unusual achievement according to Angel Flight Mid-Atlantic. Bob is based at Memphis, TN and is a former Flying Tigers and FedEx captain, a pilot in both the Army and Navy reserves and the current Guinness record holder for having 109 type ratings. He has flown dozens of flights over the last two years transporting seriously ill patients at no charge to and from hospitals around the U.S., most flights to and from MD Anderson’s cancer facilities in Houston.

The Angel Flight Mid-Atlantic award for service in 2021 was presented to Bob by Mercy Medical Angels and Angel Flight Mid-Atlantic President and CEO, Rear Admiral James “Gib” Goodwin (ret), who congratulated Bob on his tremendous commitment to helping the helpless at their time of need. Mercy Medical Angels Chief Operating Officer, Stephanie Bollmann added, “Bob has been steadfast in his commitment to be of service to each patient he has flown, something he gets no pay to do, but he does it with a smile and kindness. We know how stressful life can be for those who find themselves in need of the assistance you provide. We are humbled by your generosity, both your volunteerism and the donation of resources you provide and hope your service will be an inspiration for fellow pilots to join the Angel Flight Mid-Atlantic mission to deliver hope daily for those in need.” 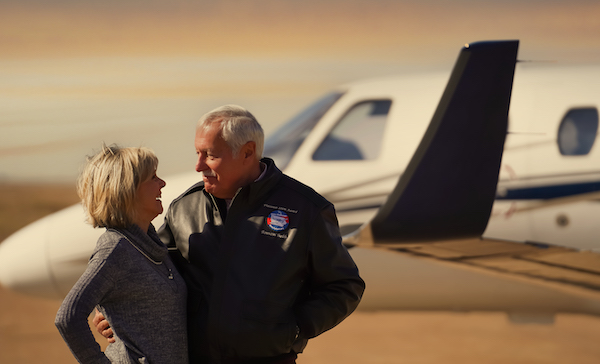 Bob figures and Angel Flight Mid-Atlantic agrees that it would cost hundreds-of-thousands-of-dollars if Bob would charge for his mercy services – he also is registered with other compassion flight services. He says the benefits the Tamarack Active Winglets provide make it possible for him to provide so many flights and so many safe and smooth rides.

“This aircraft wouldn’t go straight to altitude without the Active Winglets. They provide a smoother ride for patients and save money by going farther on fuel. I can provide more stable and safe rides with lower approach speeds and I am able to legally take off in high/hot conditions – I’d be grounded without the Active Winglets. I’m so honored to be able to help in this way,” said Bob.

Bob and his mission assistant and close friend Julia Walker (a new pilot) were a bit “misty eyed” during the award presentation and also when one of their frequent passengers Frances Marston, along with husband Gary were so grateful for their trips from the Memphis area to Houston on Bob’s CitationJet.

“I went into remission in January this year. Before that they didn’t know how long I would last. I was in stage four, they said I can’t save you and I don’t know what we could do for you. This cancer is going to kill you. I was ready to give up. I couldn’t take commercial flights and driving was awful,” explained Frances Marston.  Husband Gary then added, “If it wasn’t for Bob and Julia, Angel Flight Mid-Atlantic and MD Anderson (in Houston) we wouldn’t be here today.”

Bob reacted to all of the compliments, “That’s lovely for you all to say.  My mission during the last three years I’ve owned the aircraft (with the Active Winglets) is to give back where I can. It’s been lovely working with you all and seeing the look in the eyes of the patients, it’s been wonderful. I know it means a great deal to the patients as it does to me.”

“Tamarack Aerospace Group is so very proud to be able to provide the Active Winglet technology that enhances Bob’s and other’s capabilities to serve.  Congratulations to Bob for winning the Tennessee Pilot of the Year, and thank you to Bob, Julia, Angel Flight Mid-Atlantic and all medical charity services for volunteering your talents and resources in these important compassion services,” complimented Tamarack President Jacob Klinginsmith. 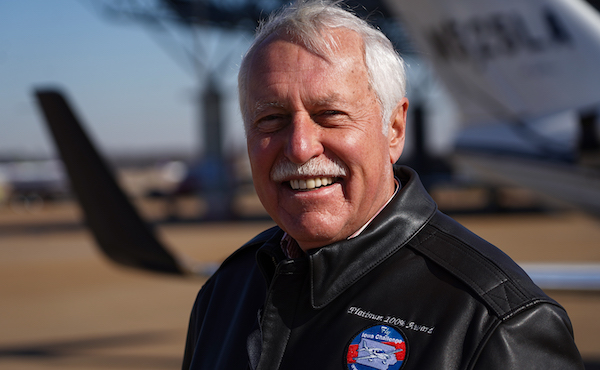