The Dubai Airshow will bring together key players from all aspects of the aerospace industry, including the world’s leading helicopter companies. When the show opens on 17 November 2019, trade attendees can expect to see offerings from this year’s platinum event sponsor, the Helicopter Company, alongside Bell, Sikorsky (a Lockheed Martin Company), Leonardo, the Russian Helicopter Company and many others.

Launched earlier this year backed by Saudi Arabia’s state-run Public Investment Fund (PIF), the Helicopter Company is the Kingdom’s first commercial helicopter operator and is aligned with the Saudi Vision 2030 to provide the best support services to the transportation industry in general, and the aviation industry in particular.

The Helicopter Company plans to use the Dubai Airshow as a platform to develop relationships with contacts in the industry, connect with other players in the local and global aviation and aerospace industry and to introduce its latest Rotorcrafts for VIP transportation within the Kingdom.

“The Middle East’s aerospace industry is a growing market that offers a lot of opportunities,” says Yahya AlGhoraibi, CEO of The Helicopter Company. “The biggest challenges would be to keep up with the accelerating growth in this industry. Fortunately, this makes room for a multitude of investment opportunities and partnerships for local and foreign partners. The Dubai Airshow is a perfect opportunity for talks about such partnerships.” 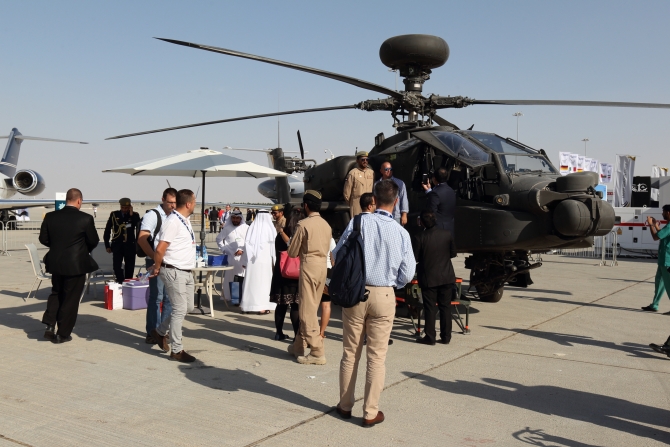 In the Middle East region, Bell focuses on Law Enforcement with the Bell 429, Bell 412EPIs and military trainer opportunities for the Bell 505 and Bell 407, plus the light attack helicopter segment with the Bell 407. On the other side of the spectrum, the Bell 525 super-medium helicopter is disrupting the market with its new technologies, redefining luxury vertical lift, is a 16 to 19 seat helicopter coming to market. The first commercial helicopter with fly-by-wire controls, Bell describes it as “probably the most advanced commercial helicopter that has ever been developed for oil and gas and search and rescue”.
“The Dubai Airshow is the opportunity to meet with our regional customers in one place, to continue the engagements we have year round with our operators,” says Patrick Moulay, Senior Vice President, Bell Commercial Business – International. He continues, “It is also a great platform for us to provide updates on our activities, our local success and what you can expect from Bell in the Middle East.”

“The Dubai Airshow has always been the platform for the entire aerospace industry,” says Michele van Akelijen, Managing Director of show organisers Tarsus F&E LLC Middle East. “The helicopter sector is an important part of that, and we are thrilled to have the Helicopter Company on board as platinum sponsor for the Dubai Airshow 2019.”

The static display area at the Dubai Airshow will include up to 165 aircraft including an AW139 from the Helicopter Company, an Mi-2MSB-1 from Motor Sich and a CH-47F Chinook Helicopter from Boeing, in addition to other helicopter models. The full list of aircraft on the static display will be announced shortly on the show website www.dubaiairshow.aero.