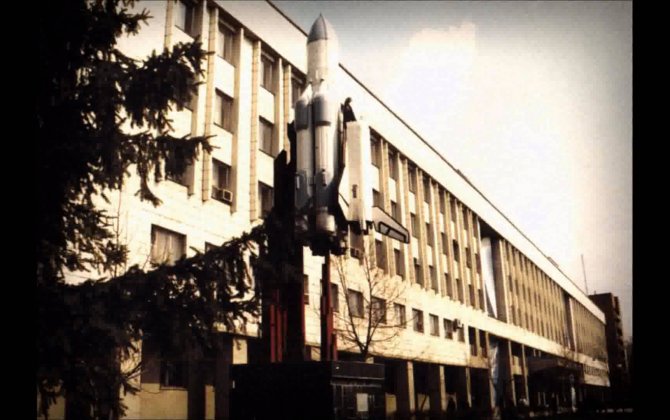 The multi-role UAV, which is able to return to its starting point in case of navigation system failure, was showcased at the “Innovation day of the Central Military District” held in Yekaterinburg, TASS reports.

“The UAV’s weight is just 4 kg, it is made of fiberglass. One of its major features is the fact that it cannot get lost. Even in case of failure or loss of connection the UAV returns to its starting point like a boomerang,” one of the authors of this project, post-graduate student of the Samara State Aerospace University, Anton Nazarov, explained.

According to him, the UAV cannot be detected even at altitude of 50 meters due its small dimensions and low noise level; it may be operated under temperatures varying from -35 to +40 degrees Celsius.

According to designers, this vehicle may be used for reconnaissance. “Its endurance is up to 2 hours, range – 20 km. The vehicle is fitted with photo and video camera. It may be used to detect objects, generate heat map of a terrain and reconnaissance,” Nazarov added. He added that the UAV has already successfully passed all the tests and performed over 70 test flights.

In his own turn, Commander of the Central Military District, Vladimir Zarudnitski, said that all the UAVs showcased at the exhibition have their own “zest”. “From what I saw, all these vehicles will be operated by our district. We will study each product carefully. I am confident that UAVs are the future,” he said.

Around 50 companies and representatives of different agencies participated in the exhibition held in Yekaterinburg. They have presented over 400 products in 25 categories, including: robotics, energetics, armored vehicles, engineering equipment, communication systems, reconnaissance equipment and EW suites.


Loading comments for A “boomerang”-UAV developed by Samara State Aerospace University was showcased at the “Innovation day” held in Yekaterinburg...