As part of the renewal of its fleet, the Aéroclub de Camargue has selected the Sonaca 200.

“As an Airplane instructor, my choice fell on the Sonaca 200 because I found it very demonstrative, very flexible and precise in the functionality of the control surfaces, very pleasant to the controls but also because it has a very beautiful line. This choice was confirmed during the visit of the Sonaca 200 assembly line in Namur (BE) which I was able to make in my capacity as President of the Camargue Aéroclub. This aircraft will complete a Robin fleet and should meet the expectations of the members of our Aéroclub ”Jean Ruelle, President of the Aéroclub de Camargue.

The Camargue flying club is headquartered at Candillargues aerodrome. Its track, oriented south-east / north-west (14-32, see the VAC Map), turns towards the Grande Motte on the south side, and Pic St Loup on the north side. A non-profit association, the Aéroclub de Camargue has a fleet of two DR400 120 CV, F-HAAC and F-GGXD, and one DR400 160 CV, F-BUPS. More than ten instructors provide training for student pilots, and nearly one hundred and fifty members are divided between walks along the Languedoc coast, learning and preparation for the PPL or LAPL and some trips in partnership with the Montpellier flying clubs. and Hérault. www.aeroclub-camargue.fr 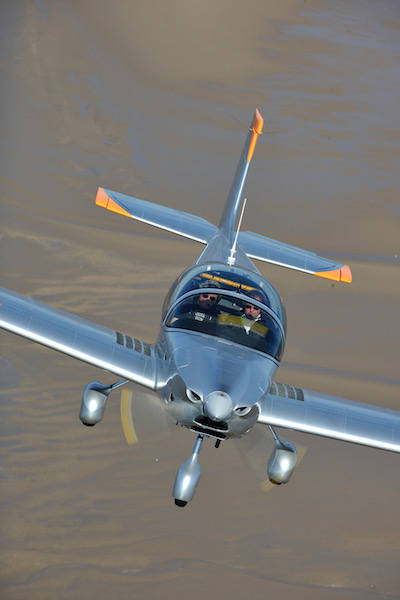 Loading comments for The Aéroclub de Camargue chooses the Sonaca 200...