"We are confident that the Pratt & Whitney GTF engines will provide our airline with the reduced noise, environmental consciousness, and fuel efficiencies we look for to support our operation to various destinations in the future.” said Su-Chien Hsieh, Chairman of China Airlines.   China Airlines, based in Taiwan, was established in 1959 and currently operates international flights. 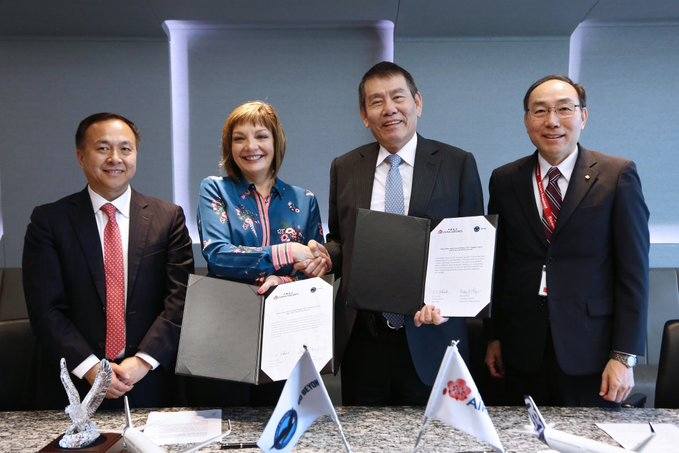 “Today we are sharing a momentous occasion with China Airlines, a relationship that originated 60 years ago when they first began operating aircraft powered by the Pratt & Whitney Twin WASP engines. China Airlines shares in Pratt & Whitney’s commitment to providing innovative solutions and advanced technology to support long-term growth in the Asia-Pacific region, and the GTF engines are integral in powering this evolution,” said Mary Ellen Jones, vice president of sales for Asia Pacific at Pratt & Whitney.