Are you dreaming to finally fly on Gulfstream G600? There is a solution, as the first Gulfstream G600™ of Solairus Aviation is available for charter operations or for use in Part 135. The aircraft will be based at San Francisco International Airport.

“Solairus is thrilled to have the world’s first G600 available for charter flights,” said Dan Drohan, chief executive officer at Solairus. “This aircraft immediately caught our attention when it was announced in October 2014, and it has lived up to its billing. Our pilots who have flown it are already very fond of its revolutionary flight deck, and our discerning customers will discover that the cabin is so comfortable and functional, they will forget it’s one of the fastest business jets on the market.”

In addition to offering charter services on the G600, Solairus will also handle the jet’s aircraft management, ensuring that all aspects of operation and safety are taken care of, from maintenance to flight crew to Federal Aviation Administration regulatory compliance. 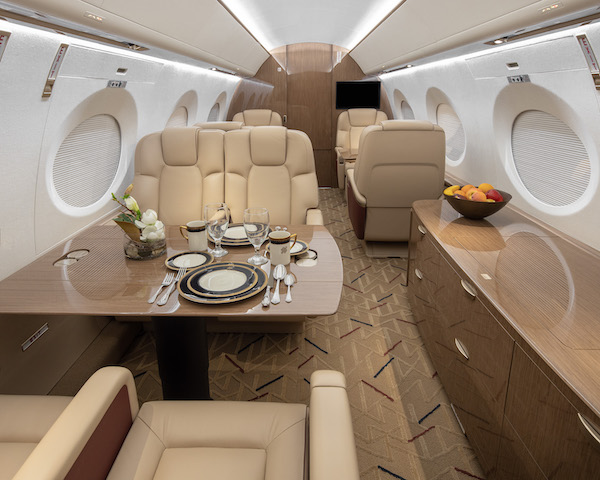 Solairus manages more than 50 Gulfstream aircraft and uses approximately half in charter operations.

“Solairus has been an extremely valued customer of ours since 2009,” said Gulfstream president Mark Burns. “We are proud that nearly a third of its managed fleet are Gulfstream aircraft, from the Gulfstream G650™ to the Gulfstream G200™, and honored that it will be the first G600 charter operator.

The G600 has a long, wide cabin and can be configured for up to four living areas, including the option for a fixed bed.